Bhagwant Mann, Kejriwal want people to invite them to their home | Read to know why 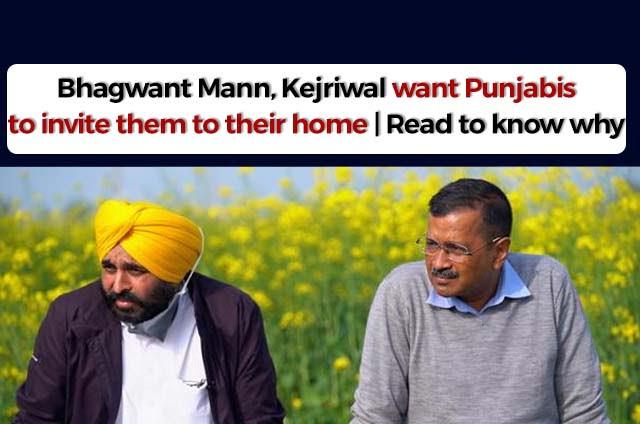 Aam Aadmi Party supremo Arvind Kejriwal and the party’s CM candidate in Punjab, Bhagwant Mann have a different plan now, to appeal to the voters.

The party has now released a phone number through which people of Punjab can invite Bhagwant Mann and Arvind Kejriwal to their homes.

On Bhagwant Mann’s Facebook page, a video has been posted that features him and Arvind Kejriwal. In the 26 second long video, they address the voters of Punjab and tell them that they want to discuss some topics related to Punjab and its development. After that, a mobile number and a link are displayed through which people can invite the Aam Aadmi Party leaders to their homes.

Aam Aadmi Party has been quite active on digital media ahead of the Assembly elections in Punjab. The party had also conducted a televoting drive to announce its Chief Minister candidate for the state.