Bhagwant Mann appoints A Venu Prasad as his Principal Secretary 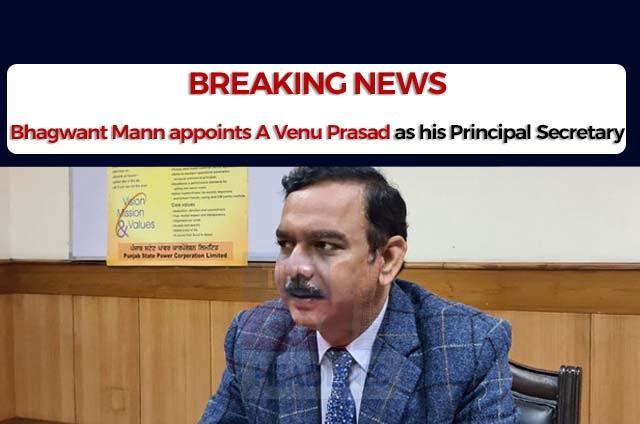 The appointment of the new Director-General of Police Punjab is also expected.

It is to be noted that A Venu Prasad is a 1991 batch IAS officer. He has also worked as Additional Chief Secretary, Parliamentary Affairs.

Other than that he has remained the CMD of the Punjab State Power Corporation Limited for a long period of time. Currently, he was working as ACS, Excise and Taxation.

Aam Aadmi Party’s Bhagwant Mann has not taken the oath as the Chief Minister yet. However, AAP is in action mode right from day one.