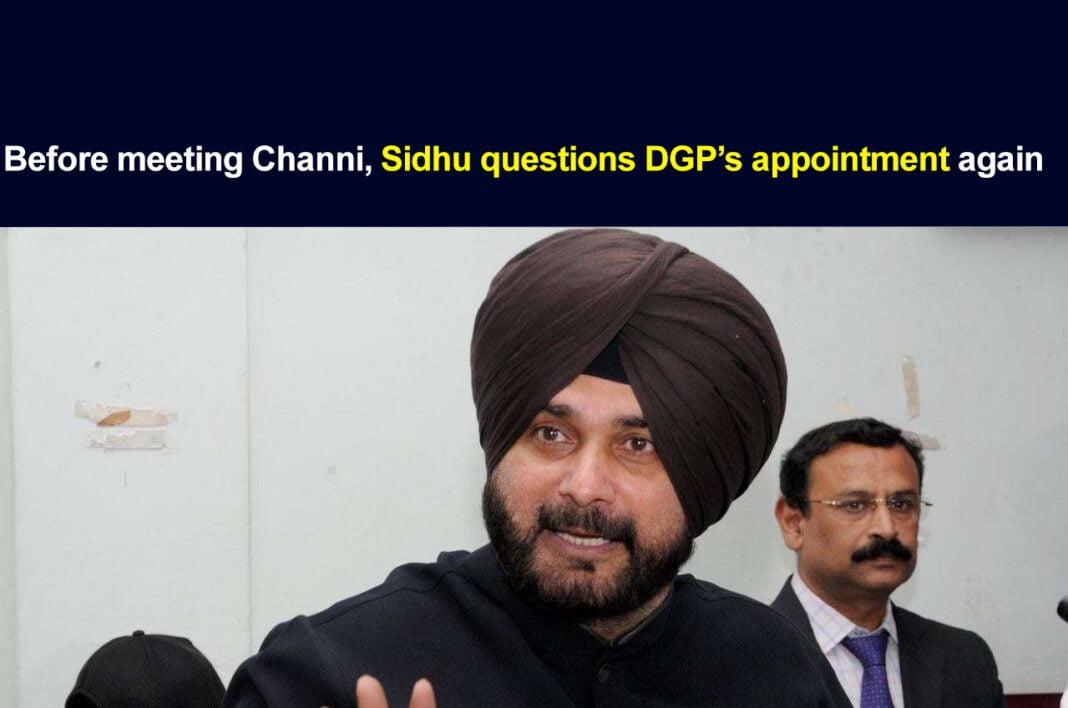 Just before his meeting with Chief Minister Charanjit Singh Channi on Thursday, Navjot Singh Sidhu took to Twitter again and expressed why he was unhappy with DGP Sahota’s appointment.

Sidhu wrote that DGP Iqbal Preet Singh Sahota was the head of the SIT (Special  Investigation Team) that was investigating the Beadbi case during the Badal government’s tenure. Further, he alleged Sahota of “wrongfully” indicting two Sikh youth for sacrilege and giving clean chits to the Badals.

It is said that Navjot Singh Sidhu’s preference for the DGP post was S Chattopadhyaya. However, Iqbal Preet Singh Sahota, a 1988-batch IPS officer was preferred by CM Charanjit Singh Channi.