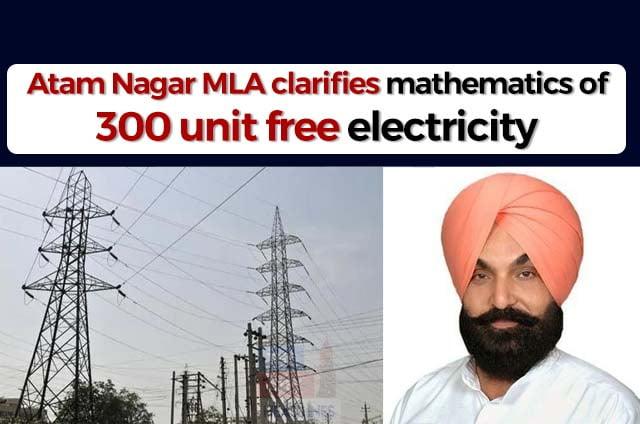 Aam Aadmi Party MLA from Atam Nagar constituency in Ludhiana, Kulwant Singh Sidhu today gave clarification about the 300 unit free electricity, that has been promised to the state residents by the party. It was also one of the key promises of the Aam Aadmi Party’s manifesto.

There is still a lot of confusion if people would be charged for 1 unit of electricity if they consume 301 units in a month.

Kulwant Sidhu further said that 600 units of electricity would be provided for free if the billing cycle is for two months.

However, Arvind Kejriwal had earlier clarified in a press conference that only the first 300 units of electricity would be provided for free. But the consumer would have to pay for the whole units consumed if the number exceeds.

In Delhi also, the same process is followed. One of the residents of Delhi, who wished not to be named, said, “The first 200 units of electricity are provided to us for free. If we accidentally consume 1 unit more, we are charged for the whole units of electricity consumed.”