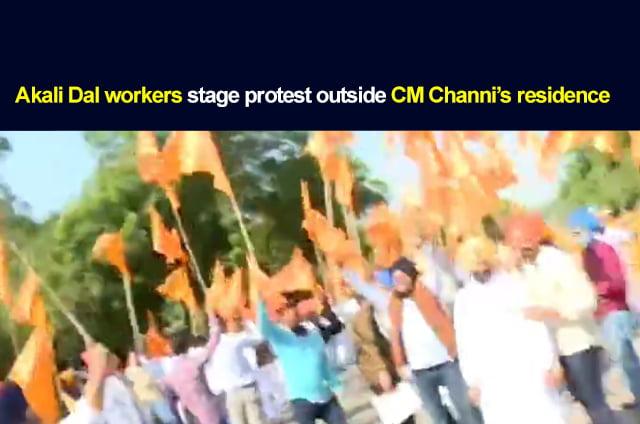 The opposition party workers gathered demanding compensation for the damaged crop, reduction in fuel price and appointment of the accused of the 1984 massacre, especially Jagdish Tytler, at higher positions in Congress.

The reports suggest the workers broke the barricading near the CM residence. Also, they were lathi-charged by the police.