After several challenges from Kejriwal, Channi shows his report card 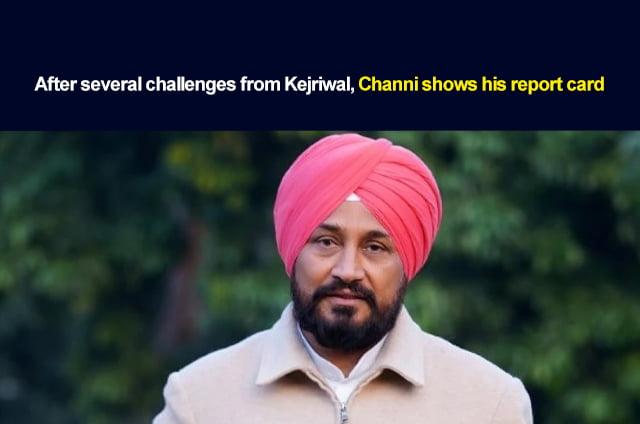 He said that since he assumed the Chief Minister’s office, the government had made several decisions in the favour of the public.

Several opposition leaders have said that Punjab Chief Minister Charanjit Singh Channi just makes announcements and fail to implement them. Therefore, today, Punjab’s CM showed the copies of the decisions made by him that have been implemented.

Charanjit Singh Channi said that he was implementing the decisions on the ground and was not making mere announcements. He said that he was winning people’s trust by implementing what he announced, be it reducing power tariffs or terminating the Power Purchase Agreements. Channi also said that the pending water bills of Rs. 1, 168 crores of the rural water have been waived off.

It is to be noted that there were several reports in the media that sand was not sold in Punjab at the prices fixed by the Chief Minister. Earlier, he had fixed the sand price to Rs. 5.50 per cubic foot. In a step to overcome this, the Punjab government has come up with a digital portal from where people can buy sand online.