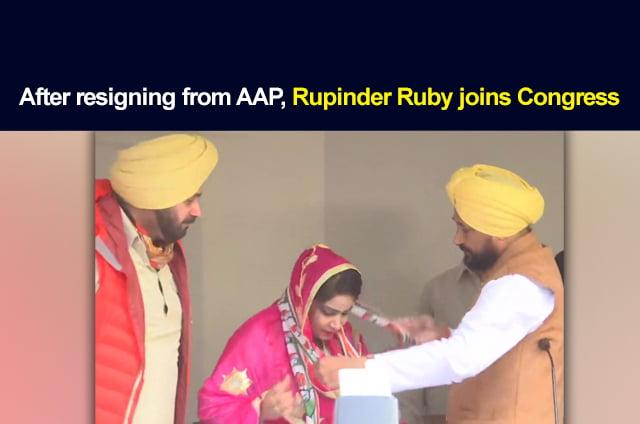 AAP MLA from Bathinda Rural constituency, Rupinder Ruby has resigned from the party and joined Indian National Congress on Thursday, November 10. This can be seen as a major setback for the Aam Aadmi Party in Punjab.

In the presence of Chief Minister Charanjit Singh Channi and PPCC Chief Navjot Singh Sidhu, Ruby joined the party. She said that the agenda of the Aam Aadmi Party was followed by the Congress party in Punjab.