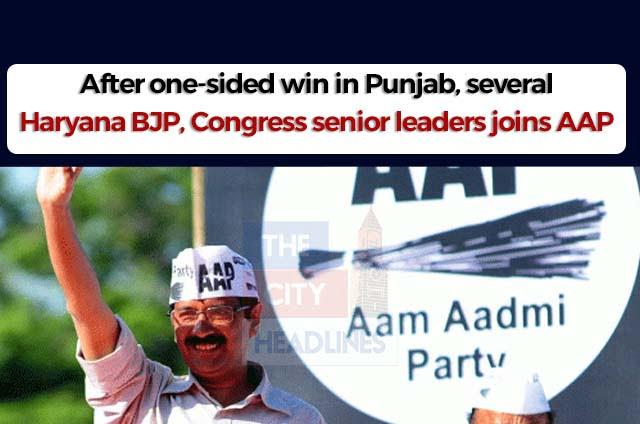 Some even said that after AAP’s win in the Punjab elections, the people across the country are feeling a need for change.

Some senior political leaders from Haryana are also on the list of those who joined the Aam Aadmi Party on Monday.

They joined the party in the presence of the Health Minister of Delhi, Satyendra Jain, National Secretary Pankaj Gupta, and Rajya Sabha MPs Sushil Gupta and ND Gupta.

Satyendra Jain reportedly said that it was a moment of joy to see former MLAs and cabinet ministers from Haryana joining AAP because of the work party has done. He said that the party was committed to replace “politics of hate” with the politics of work.