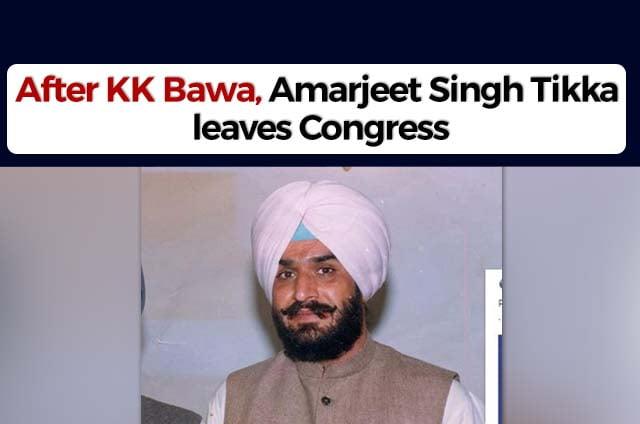 His decision comes after Congress gave the Ludhiana South MLA ticket to Ishwarjot Cheema. In his resignation letter to Congress President Sonia Gandhi, Amarjett Singh Tikka wrote that the new individuals who have no stature were considered for certain posts.

He wrote, “I myself have been a loyal member of this great party for past 37 years and served in various capacities, followed by my nephew who is also a member of the Congress party.”

Amarjeet Singh Tikka wrote that four generations of his family worked for Congress. Yet, he was “ignored and sidelined”.

KK Bawa, who was also in the race to get the MLA ticket from Ludhiana South, resigned from the party today saying that Congress was indulged in trading MLA tickets.

He has also decided to independently contest the assembly elections against Cabinet Minister Bharat Bhushan Ashu from Ludhiana West constituency.

ALSO READ: Election Commission to review ban on physical rallies ahead of polls in five states