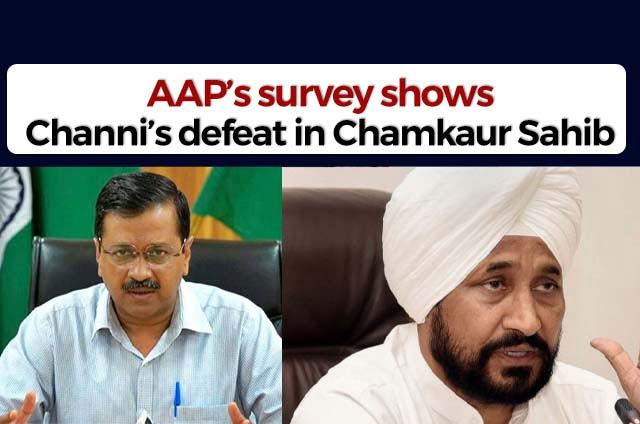 He wrote, “Our survey is showing that Channi Ji is losing from Chamkaur Sahib. People are shocked to see ED officers on TV, counting thick bundles of notes.”

Channi is on Aam Aadmi Party’s target since the Enforcement Directorate has raided his nephew’s home.

AAP has even claimed that Charanjit Ssingh Channi was not an Aam Aadmi, but a “dishonest man”. To this, Charanjit Singh Channi has said that he will file a defamation case against Arvind Kejriwal.

Kejriwal even took to Twitter and wrote, “Channi Aam Aadmi nahi, beimaan hai (Channi is not an Aam Aadmi, he is a dishonest man.”

In the poll-bound state of Punjab, elections will be conducted on February 20 and the election results will be announced on March 10.