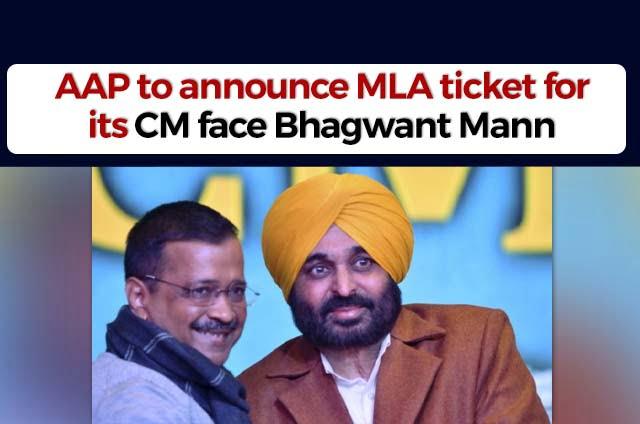 Aam Aadmi Party announced its Chief Minister face for Punjab on January 18. However, the Aam Aadmi Party has not given the MLA ticket to Bhagwant Mann as of now. The party has released 10 lists for their candidates in Punjab. But till now, no seat has been given to its CM’s face Bhagwant Mann.

However, Bhagwant Mann is expected to get his MLA ticket today. Aam Aadmi Party’s Punjab Affairs co-incharge Raghav Chaddha took to Twitter on Thursday and said that the party will announce the ticket for Bhagwant Mann.

He wrote, “We will announce the Assembly constituency of AAP’s chief ministerial candidate Bhagwant Mann in a press conference at 3 pm in Mohali. Stay tuned!”

Several media reports are suggesting that Bhagwant Mann may contest the elections from the Dhuri constituency.

In the 2017 Assembly elections, Bhagwant Mann contested the elections from the Jalalabad Assembly seat against key competitor Sukhbir Badal of Shiromani Akali Dal. However, he lost the election.

But Bhagwant Mann is the sitting MP from the Sangrur constituency. He has won 2014  and 2019 Lok Sabha elections.