A Venu Prasad takes charge as ACS to Bhagwant Mann 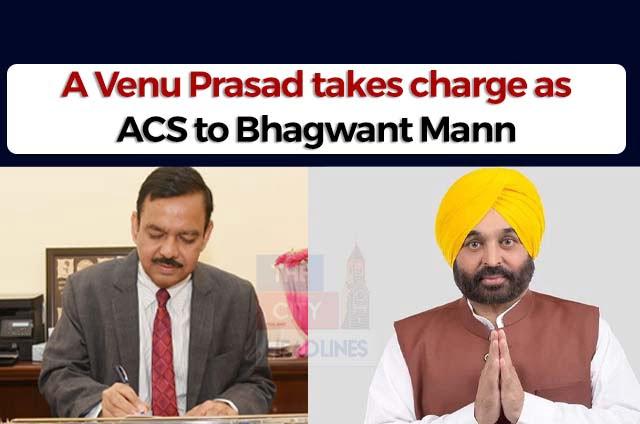 On Monday, March 14, A Venu Prasad assumed the charge as ACS to Chief Minister-designate of Punjab, Bhagwant Mann.

On Saturday, it was decided that A Venu Prasad would be the ACS to Chief Minister Bhagwant Mann.

He has also been the CMD of Punjab State Power Corporation Limited. Other than that, he was currently posted as the ACS, Excise and Taxation.

As per the reports, a new Director General of Police may also be appointed soon.

Bhagwant Mann would take oath for the Chief Minister post on March 16 in Khatkar Kalan, the paternal village of Shaheed Bhagat Singh.