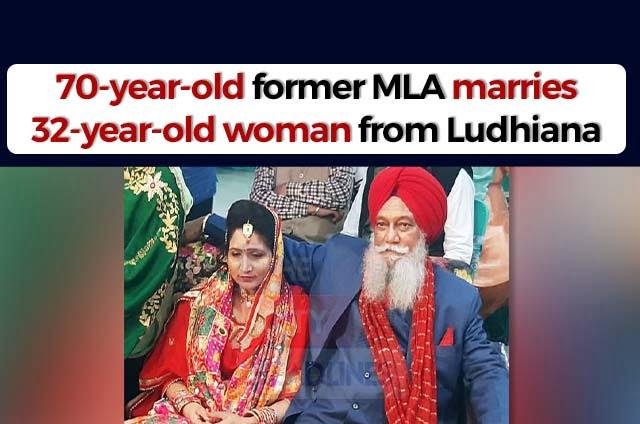 A former MLA from Bhadaur Nirmal Singh Nimma is 70-year-old now. In the year 1992, he won the assembly elections from Bahujan Samaj Party and bagged the Bhadaur seat for them.

At the age of 70, Nimma has married a woman 32-year-old woman from Ludhiana. Before THE Assembly elections’ results, Nimma’s marriage is getting viral on social media.

His first wife died a year and a half ago. Nirmal Singh Nimma has a daughter who also married last year. Now, Nimma has married a 32-year-old woman.

Some reports suggest that CM Charanjit Singh Channi was the one who brought Nirmal Singh Nimma to Congress. He was also demanding an MLA ticket from Bhadaur. However, the party decided that Channi would contest elections from two seats- Bhadaur and Chamkaur Sahib.

Nirmal Singh Nimma is also a close-aide of Finance Minister Manpreet Singh Badal. In the year 2017 also, Nimma received the ticket from Bhadaur. However, in the end, it was given to Joginder Singh.