PM Modi leaves for a three-day visit to the US 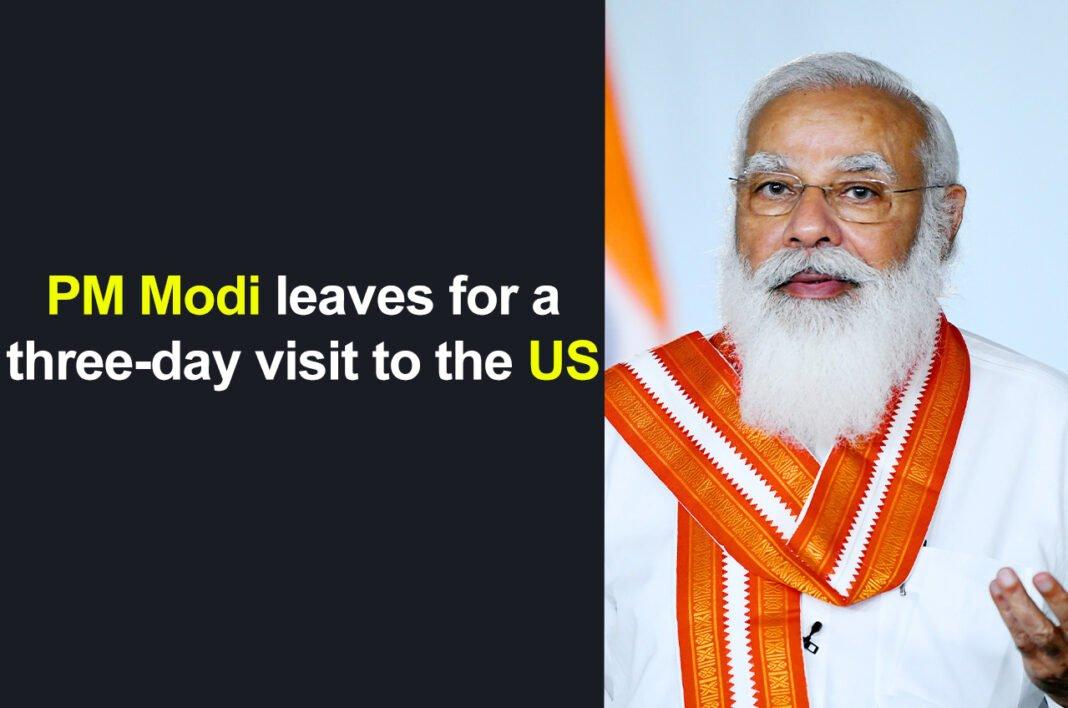 Leaving today, Prime Minister reportedly called it an “occasion to strengthen our strategic partnership with the US and consolidate ties with Japan and Australia.”

It is to be noted that it is the first in-person meeting of the Quadrilateral Security Dialogue leaders. Joe Biden has invited Japanese PM Yoshihide Suga, Australian PM Scott Morrison and Indian PM Narendra Modi to the White House. Joe Biden will also host a gala dinner.

As per the reports, Modi is also expected to meet five CEOs of the top American companies including Apple’s CEO Tim Cook.

It would be Modi’s first meeting with Joe Biden after he won the US elections. Narendra Modi has said that his UN address would focus on “pressing global challenges” including the coronavirus pandemic, the need to fight terrorism and climate change.

He said that his meeting with Joe Biden would focus on reviewing the India-US Comprehensive Global Strategic Partnership and exchanging views on global and regional issues of mutual interest.

It would also be Modi’s first in-person meeting with Kamala Harris. Referring to this meet, he reportedly said that he was “looking forward” to the talks to explore opportunities for cooperation in the area of science and technology.