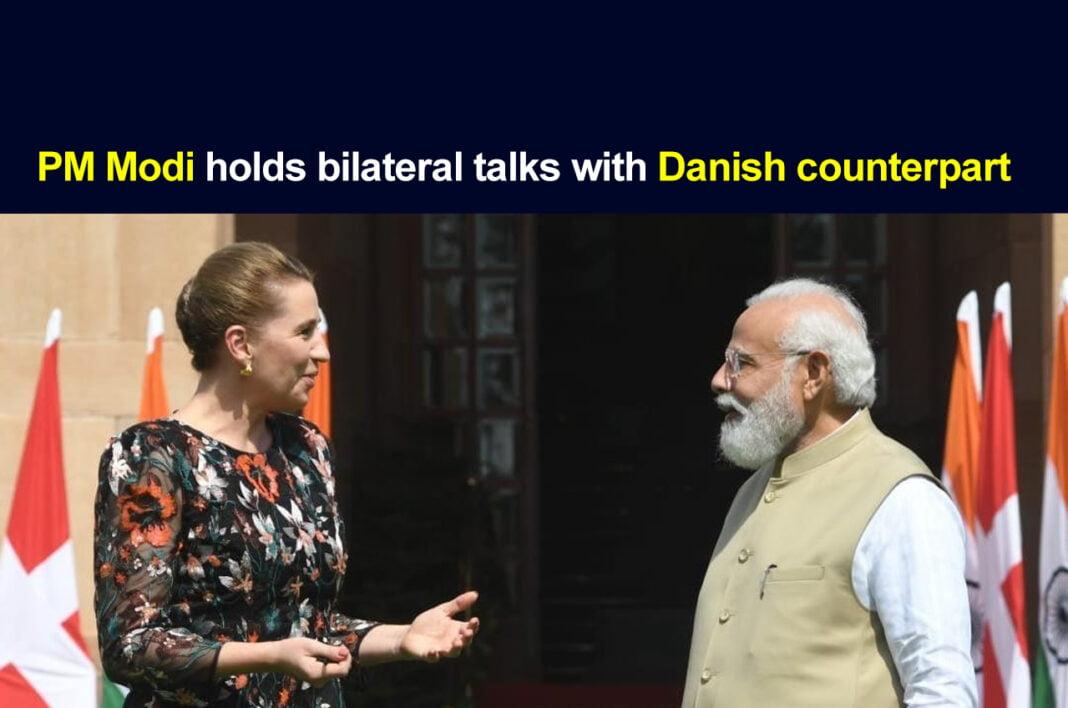 The Danish Prime Minister Mette Frederiksen is on a three-day visit to India. On Saturday, October 9, India’s Prime Minister Narendra Modi held talks with the Matte focusing on expanding bilateral cooperations in different areas including trade, investment and renewable energy.

On Saturday morning, Frederiksen arrived at the Delhi airport and started her three-day visit.

In the media statements after the talks, Narendra Modi reportedly said that during the talks, the progress of the India-Denmark Green Strategic partnership was reviewed.

Further, four agreements have reportedly been inked that would strengthen cooperation in areas of science and technology, skill development, and climate change.

Mette Frederiksen reportedly said that India and Denmark’s cooperation was an example of green growth and green transition go hand in hand.