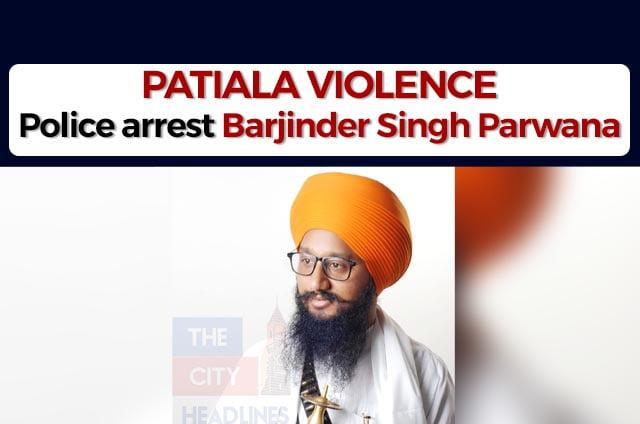 After demands from Kali Devi Mandir authorities, the Patiala police on Saturday, arrested  Barjinder Singh Parwana, one of the persons involved in the Patiala violence that took place on Friday.

It is to be noted that Barjinder Singh Parwana is the chief of Damdami Taksal Rajpura Jatha. As per the reports, he was also involved in the Kali Devi Mandir violence that happened on Friday, April 29.

MS Chinna, the newly appointed IG of Patiala district said, “The Patiala police have registered 6 FIRs and 3 accused have been arrested, including Harish Singla, one of the leaders of Shiv Sena.” Later, Barjinder Singh Parwana was also arrested.

The managing authorities of the Kali Devi Temple on Saturday demanded the arrest of Barjinder Singh Parwana and postponed their Patiala Bandh call. The authorities reportedly said that they had given a time of two days to the district administration to arrest the people involved in the violence.