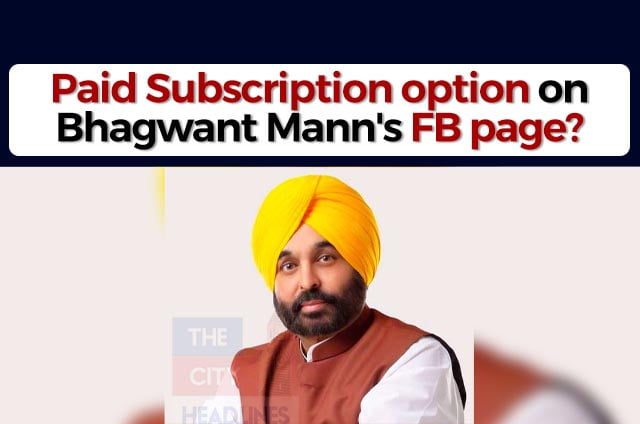 Bhagwant Mann’s Facebook page has a monthly subscription plan with a fee of Rs. 399 per month. It says that the subscribers will get a special badge next to the comments they make on Bhagwant Mann’s posts and live videos.

As per the reports, the Facebook page of Chief Minister Bhagwant Mann is managed by a team of 12 people.

The purpose of this subscription plan and the benefits of subscribing to it are not mentioned.

It is to be noted that there are 2.7 million followers on Bhagwant Mann’s Facebook page.

The reason for making a dedicated subscription plan for Bhagwant Mann’s page is unclear. As per Meta, the subscriptions allow dedicated audiences to support the Pages they love with monthly, recurring payments.

ALSO READ: Schools in Punjab to remain close from May 15 to June 30