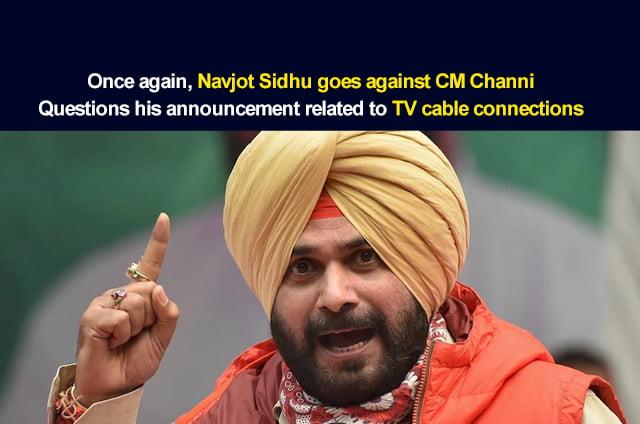 During his visit to Amritsar, Navjot Singh Sidhu said that Channi had asked the people not to give more than Rs. 100 to the cable operators for their services.

While his visit to Ludhiana, Charanjit Singh Channi lashed out at the cable operators and companies. While addressing the audience, he said, “Ludhianavis, there is no need to give these cable operators more than Rs. 100. Strict actions would be taken against those not adhering to the new rates.”

On the other hand, Sidhu also praised Charanjit Singh Channi for the work he has done in his tenure as the CM. He said that the work that wasn’t done in four and half years, Channi did it in three months.