No paddy purchase in Punjab from Friday 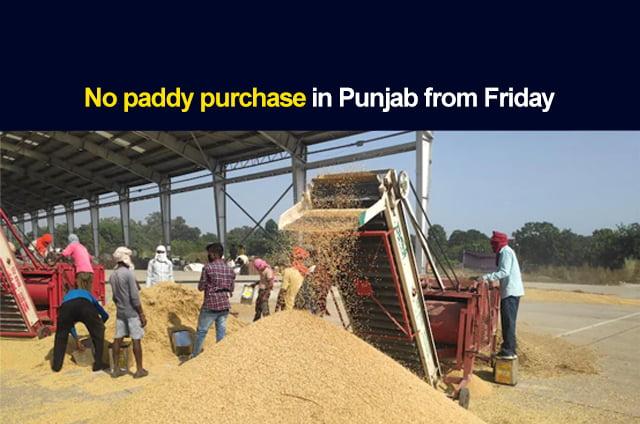 Though farmers and farmer leaders have decided to come on the streets against the government’s decision of winding up the paddy procurement process, all across the state, paddy procurement would stop from Friday, November 11.

According to the reports, the mandis in 14 districts have already discontinued the procurement operations. On Wednesday evening, the operations stopped in Muktsar, Sangrur, Malerkotla, Patiala, and some parts of Ludhiana, Mansa and Barnala.

Balbir Rajewal, senior SKM leader reportedly said, “We have given a call to the farmers to come out on streets and protest against the decision. The bad weather conditions delayed the paddy harvesting. 15-20% crop is still due to arrive in the mandis.”