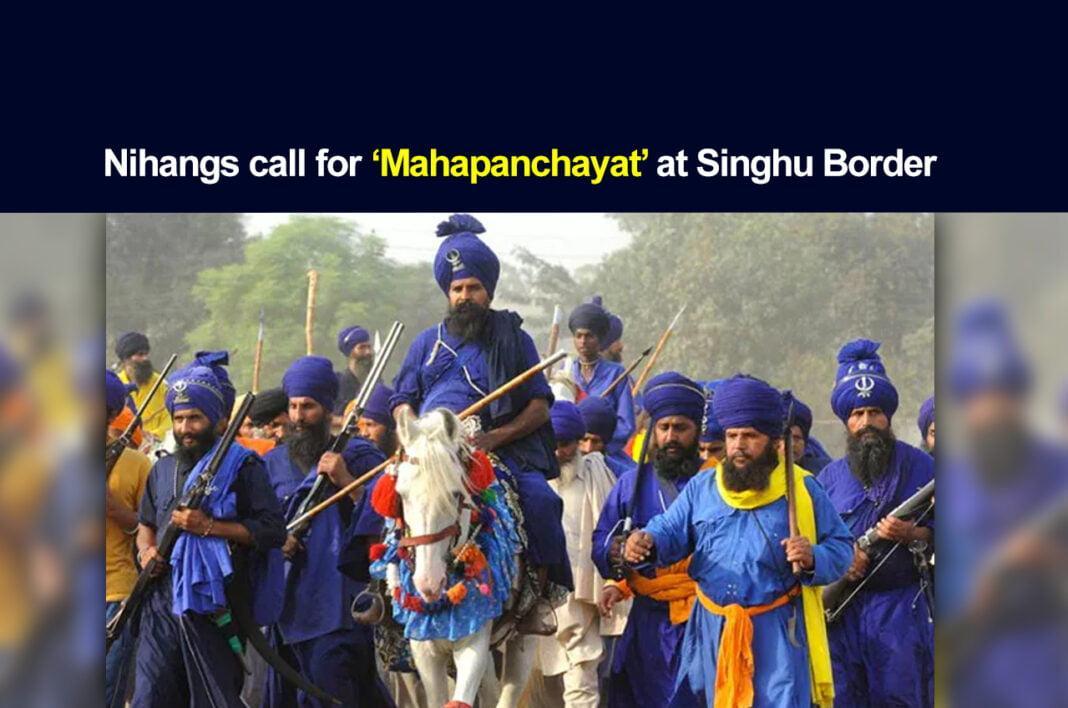 After the recent brutal killing of a man at Singhu Border, the Nihangs have reportedly given an open call for “mahapanchayat” at the border on October 27.

According to the reports, the Nihangs have decided to get a public opinion on their stay at the Singhu Border. They may decide it during the mahapanchayat.

It has been decided that all-religion meeting will be held.

Baba Balwinder Singh of Panth Akali Nirvair Khalsa, Udna Dal of Moya Di Mandi reportedly said, “Kulwinder Singh of Tarna Dal and Baba Raja Raj Singh has decided that an all religion mahapanchayat will be held at the place.”

Further, he informed that farmer union leaders were also open to joining the meeting. A call to several leaders of the Sikh community and people from different religions has been asked to be a part of the meet.

Baba Balwinder Singh also said that the Nihangs had come to the Singhu Border for the protection and the security of farmers who were protesting and they are not the ones who run away. “We have accepted whatever we did and our men have also accepted in the court.”