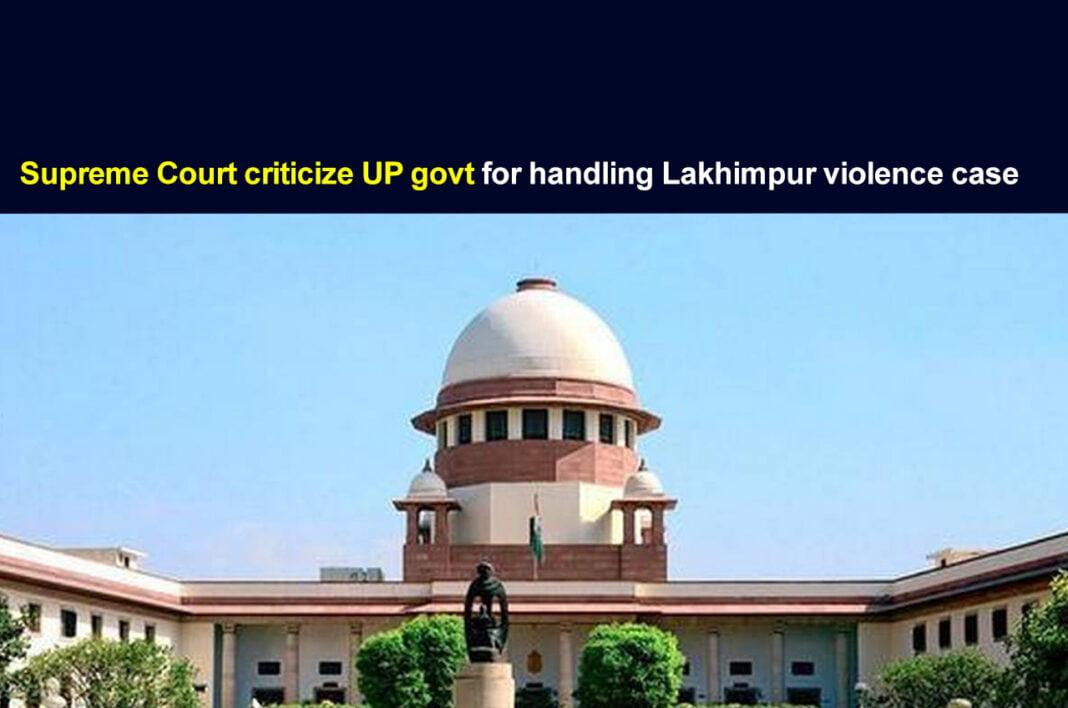 The Supreme Court of India on October 8, criticized the Uttar Pradesh government for the handling of the Lakhimpur Kheri violence case.

During the hearing, Chief Justice NV Ramana reportedly said, “We are not satisfied with the actions that have been taken so far by the Uttar Pradesh government. We expect responsible government and police. The allegations are very serious including the gunshot injuries.”

It has also questioned the government for not arresting the accused against whom FIR has been lodged. The next hearing would be on October 20.

Notices have also been pasted outside Ajay Mishra’s residence asking Ashish Mishra, his son, to appear before it. Ashish has skipped the police questioning today.