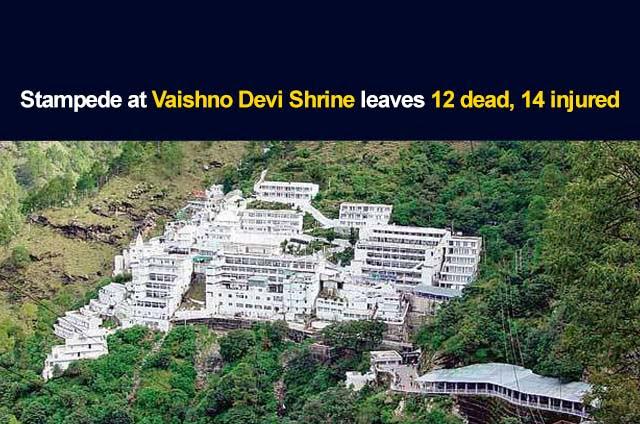 12 pilgrims die and reportedly 14 were injured in a stampede that happened at Vaishno Devi Shrine on Saturday, January 1.

The reports suggest that the stampede happened because of a massive rush of devotees. ADGP Mukesh Singh confirmed the death of 12 devotees. A senior official reportedly said that Prime Minister Narendra Modi is personally monitoring the situation.

The incident happened outside the sanctum sanctorum of Vaishno Devi Shrine. The stampede happened because thousands of devotees had visited the shrine on the occasion of New Year.

Prime Minister Narendra Modi condoled the death of the pilgrims. He also announced a compensation of Rs. 2 lakh for the kin of the deceased and Rs. 50,000 for the injured.

Vaishno Devi Shrine Board has also shared the helpline numbers