“No record of farmers’ death during protests, hence no question of aid”: Centre govt 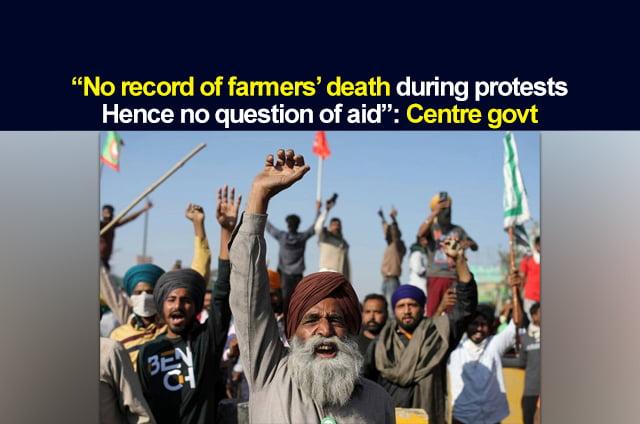 The Centre government has said that they do not have any record of the farmers who lost their lives during the protest against three farm laws.

The opposition is continuously demanding compensation for the kin of the deceased farmers.

The government was questioned whether it has plans to provide financial assistance to the family of the deceased farmers. The government reportedly stated, “The Ministry of Agriculture and Farmer’s Welfare has no record in the matter and hence the question does not arise.”

The reports suggest that over 670 farmers have lost their lives during the year-long agitation. When Prime Minister made the announcement of repealing the three farm laws, Samyukta Kisan Morcha had reportedly said, “So far, over 670 farmers sacrificed their lives. The Modi government has refused to acknowledge the human cost of the movement. A memorial should be erected in their name and homage should be paid to them in the Parliament session.”