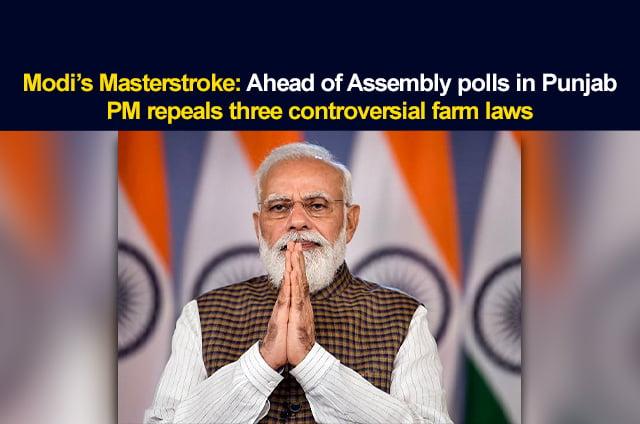 Prime Minister Narendra Modi has repealed the three controversial farm laws that have been opposed by the farmer all across the country for a year. This major announcement came in prior to the Assembly Polls in Punjab that are scheduled to happen in February 2022.

In his address to the nation on Friday, November 2022, Prime Minister Narendra Modi said, “Apologising to the nation, I want to say, we could not convince some of the farmers about the laws. A section of the farmers was protesting against the laws. Today is Prakash Parv and is not the time to blame anyone. We have decided to repeal the three farm laws.”

It is to be noted that thousands of farmers from Punjab, Haryana, Uttar Pradesh and other parts of the country were protesting against these laws since the time they were passed. From November 2020, the protesting farmers have blocked the borders to the national capital.