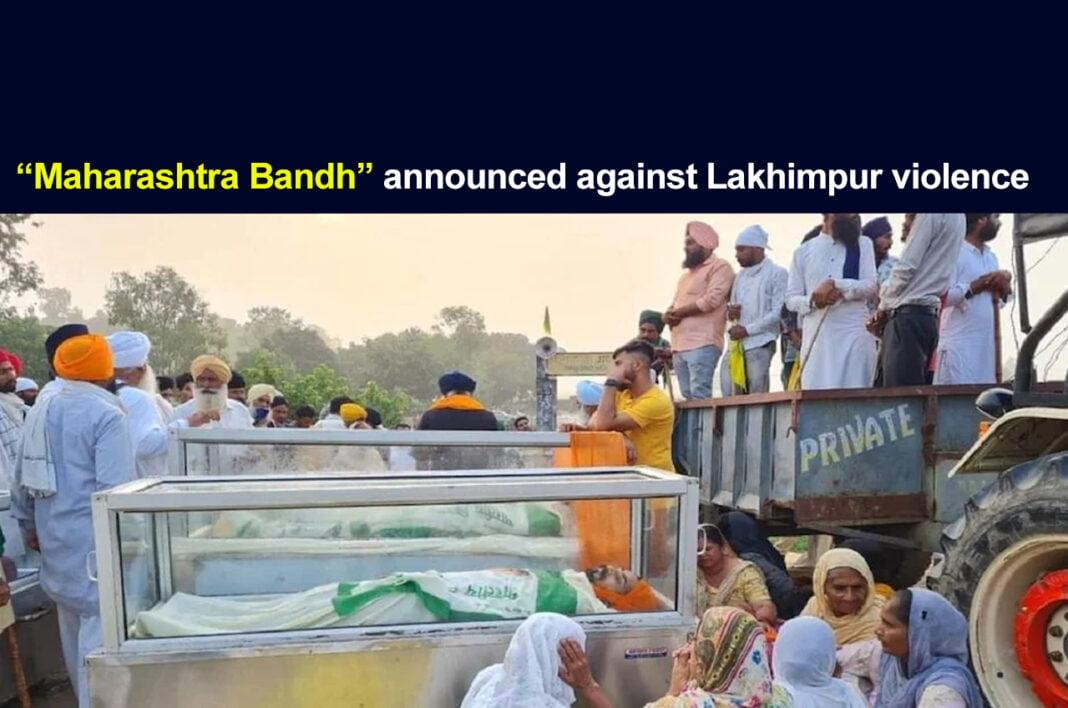 Condemning the Lakhimpur Kheri violence and expressing solidarity with the deceased farmers, the Maha Vikas Aghadi government has announced Maharashtra Bandh on October 11.

According to the reports, Shiv Sena, Congress and NCP- the three main parties of the alliance, made the decision on Wednesday, October 6. After the meeting, NCP minister Jayant Patil reportedly said that the BJP was behaving with cruelty and was trying to snub the farmers’ movement. Therefore, the Lakhimpur Kheri incident needed to be condemned.

As alleged by the farmers union, Ashish Mishra, son of Minister Ajay Mishra was involved in the incident. A murder case has been registered against him yet no arrest has been made till now in this case.