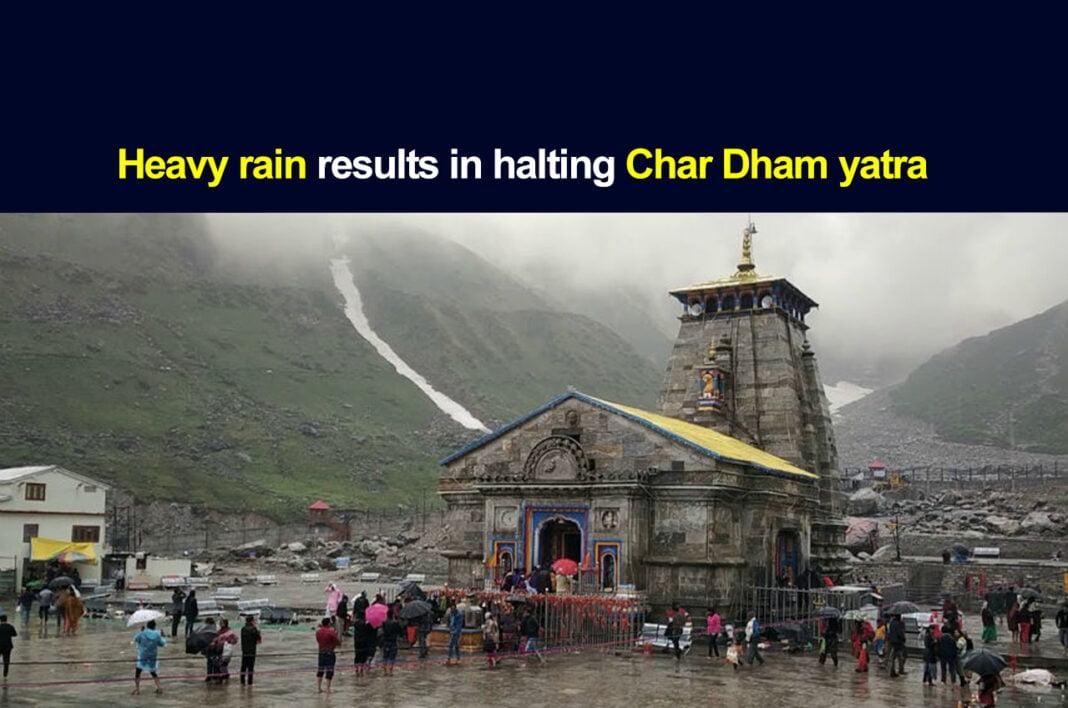 Because of the ongoing Western disturbance, the MeT department has issued a red alert in Uttarakhand and heavy rainfall is expected for the next two to three days. As a result, Charm Dham Yatra has also been halted.

According to the reports, the Uttarakhand government on Sunday stopped pilgrims at various routes and suggested them not to proceed further till the weather improves.

CM Pushkar Singh Dhami has also reportedly appealed to the people to postpone their plans by a couple of days because of the ongoing weather conditions.

Share
Facebook
Twitter
Pinterest
WhatsApp
Telegram
Previous article“If you have to stop a drone, do it within five kilometres,” CM Channi to BSF and Centre
Next articleRail Roko protest ends, Tikait says government has not spoken to us yet
- Advertisement -