“Did they die for me?”- PM Modi on farmers, claims Meghalaya Governor 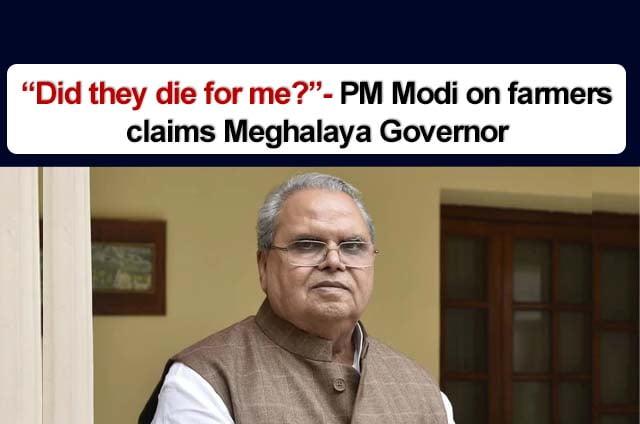 Further, Satya Pal Malik said, “I told him that 500 farmers have died in the agitation. To this, the PM asked, “Did they die for me?”

“To this, I replied, Yes! Since you are the king. I ended up having a fight with him. He told me to meet Union Home Minister Amit Shah.”

Further, he said that he met Amit Shah and described the conversation. “To this Amit Shah said, he had “lost his mind”. You don’t care and keep meeting us.”