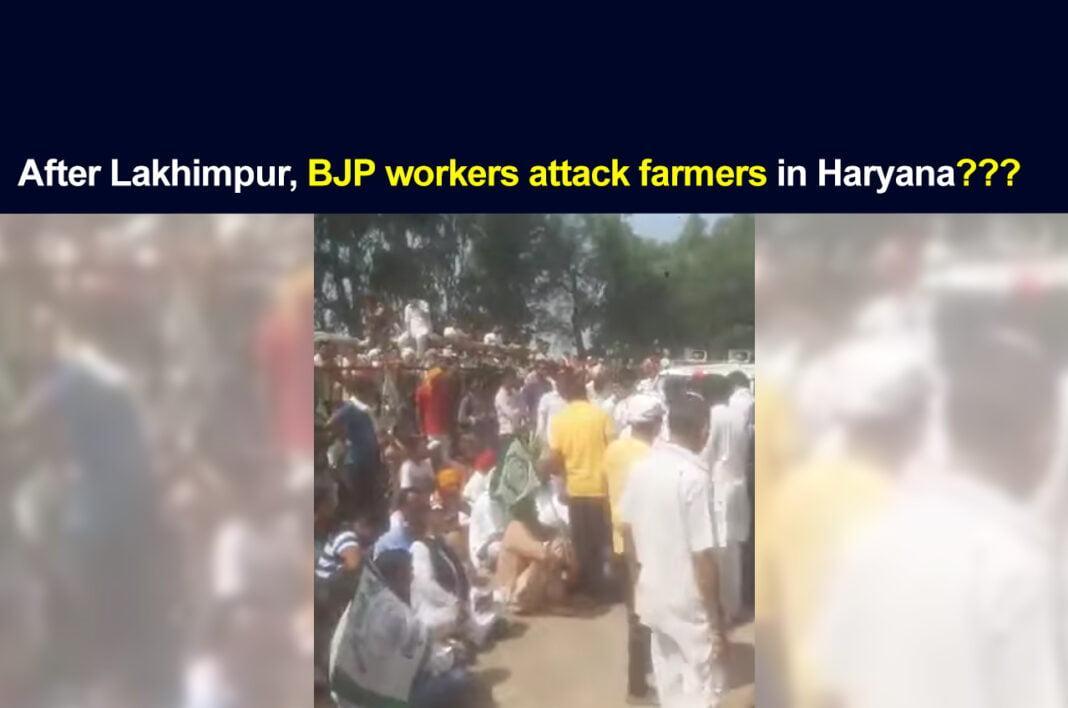 A video has recently been shared over social media where a man can be seen saying that some BJP workers in Naraingarh had run a car over the protesting farmers.

The man claims that a car ran over a farmer and it was driven by someone that belonged to Bhartiya Janta Party. He also said that the injured was immediately sent to a nearby hospital. However, he had not been identified yet.

In the caption of the video, the group working for BJP MP Naib Saini was alleged for attacking the protesting farmers. It was also written that the injured farmer was in a critical condition.