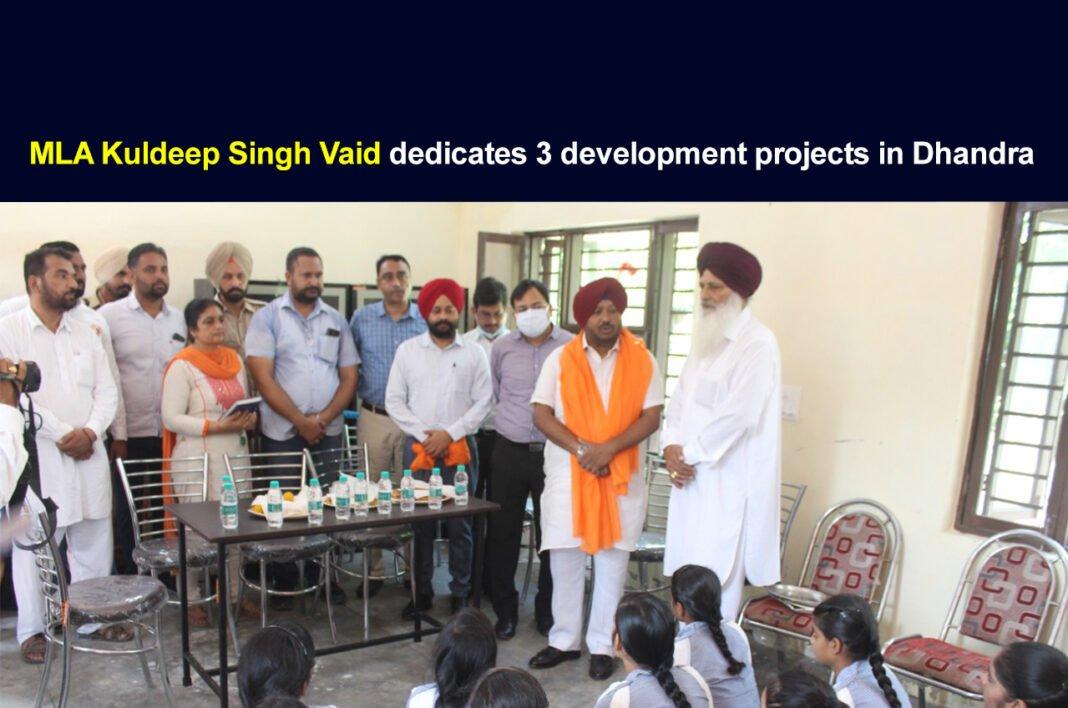 Addressing the people, MLA said that under the Solid Waste Management project, compost manure would be prepared from biodegradable solid waste being collected by segregation from 21 in villages under Dhandra cluster. The same would be used by the farmers in the fields and also, sold into the market.

He said that the project would help to ensure proper cleanliness in the village by turning the waste into manure.

Under the Neki Da Ghar project, he said that the volunteers of Self Help Groups would prepare reusable carry bags from the clothes which would be donated by people. This would help to end the menace of single-use plastic carry bags. Further, MLA told that the cloth bags would be distributed free of cost among the people in the markets.

Vaid said the life, philosophy and sacrifice of Mahatma Gandhi would act as a lighthouse and continue to inspire us all for rendering selfless service to the community, society, state and the country.