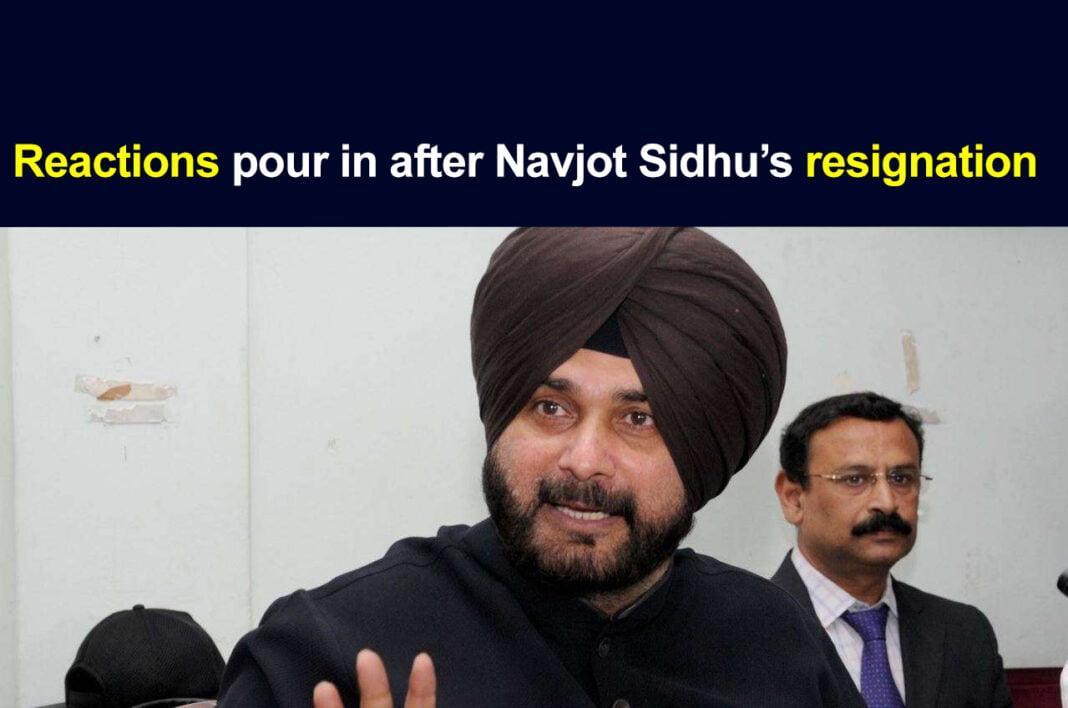 Navjot Singh Sidhu resigned from his post of Punjab Pradesh Congress Committee Chief on Tuesday, September 28. His resignation was disastrous as it was followed by four more people from Punjab Congress.

In a letter to Sonia Gandhi, Sidhu wrote, “The collapse of a man’s character stems from the compromise corner, I can never compromise on Punjab’s future and the agenda for the welfare of Punjab. Therefore, I hereby resign as the President of Punjab Pradesh Congress Committee.”

Razia Sultana, who was given the responsibility of four departments on Tuesday afternoon, quitted the cabinet ministry. Other than her, PPCC treasurer Gulzar Inder Chahal resigned. Also, PPCC general secretaries Yoginder Dhingra and Gautam Seth left their posts.

Former Chief Minister Captain Amarinder Singh was one of the firsts to react to Sidhu’s resignation. Without taking Sidhu’s name, he took to Twitter and wrote, “I told you so…he is not a stable man and not fit for the border state of punjab.”

When Amarinder Singh was asked about his role in Congress after Sidhu’s resignation, he reportedly said that this was a question that should have been asked to AICC.

Chief Minister Charanjit Singh Channi was completely unaware of Navjot Singh Sidhu’s resignation. When Sidhu resigned, Channi was addressing the media and he said that he “had no information” about it.

MP from Ludhiana, Ravneet Bittu put serious allegations on Navjot Singh Sidhu. He said that Sidhu might have been backed by the “RSS”.

The opposition leaders left no chance to speak on Navjot Sidhu’s resignation. Shiromani Akali Dal President Sukhbir Singh Badal also reacted to Sidhu’s resignation. He said that Sidhu was a ‘misguided missile’ that did not know where to go. He also alleged Sidhu of destroying Captain Amarinder Singh by becoming PPCC chief and then wiping out his party.

AAP Punjab President Bhagwant Mann said that Congress has crossed all the limits in the battle for the chair. “Punjab has never been so disgraced. The appetite for their chair can embarrass anyone. I pray to God to get Punjab rid of these chair-hungry Congressmen.”

The reports also suggest that Amarinder Singh had suggested appointing Sunil Jakhar as PPCC president again. Also, there were speculations about Cabinet Minister Pargat Singh’s resignation. However, later in the evening, he clarified that he was not going to resign. However, he reportedly said that on Amarinder Singh’s advice to appoint as the PPCC chief again, he will expose Amarinder Singh soon.

Reacting to Navjot Sidhu’s resignation, Sunil Jakhar tweeted. He called it a “breach of trust” and “it is just not cricket”.