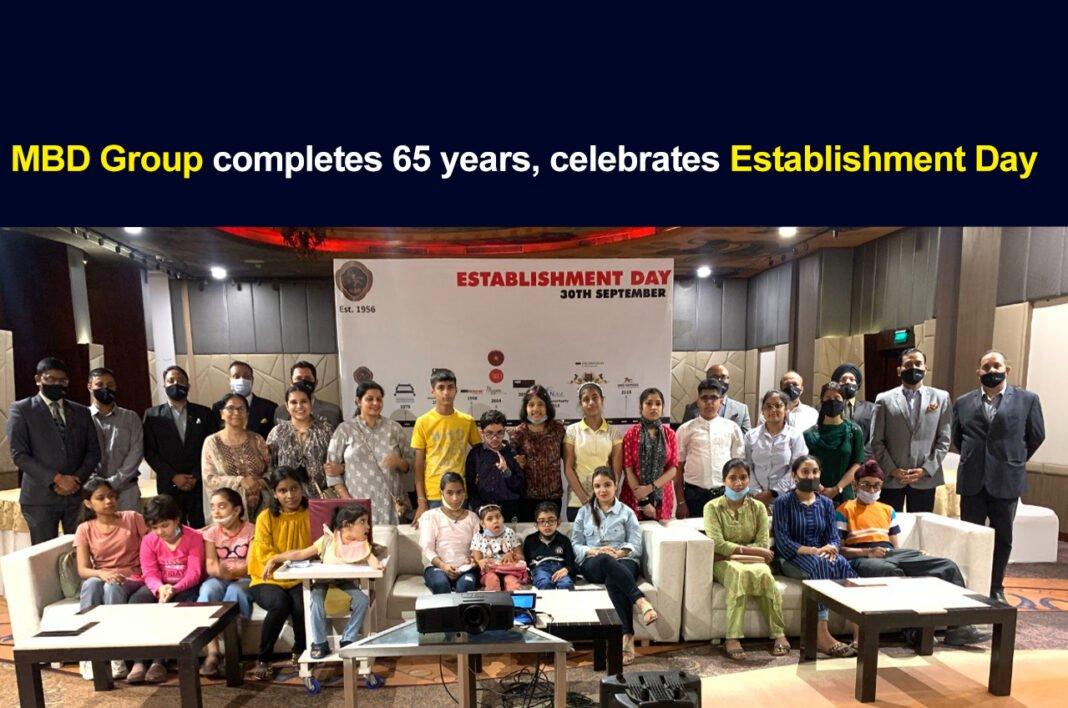 As part of the CSR activity, kids from various NGOs were invited for a movie screening and dining at the hotel’s Brasserie ‘The Chocolate Box’.

Monica Malhotra Kandhari, Managing Director, MBD Group said, “I am extremely delighted to announce our group’s successful completion of 65 glorious years. Over these years, we have grown bigger, better, stronger in different ways, following our founder Shri Ashok Kumar Malhotra’s core values of integrity, and inclusive culture. We have transformed from a small book shop in Jalandhar to become one of the leading education and hospitality brands in India”.

Speaking on the occasion, Sonica Malhotra Kandhari, Joint Managing Director, MBD Group said, “This is an incredible milestone for our company and we have achieved great success through the hard work, innovative spirit, passion and dedication of our team members. This special day also serves as a perfect opportunity to remember our Founder’s vision which guided the Group’s expansion and diversification goals.”.

Satish Bala Malhotra, Chairperson of MBD Group said, “Shri Malhotra was a dynamic leader and believed in the power of education as a tool of change and empowerment. Also, being an entrepreneur par excellence, he envisioned the Group’s diversification into other sectors and it was under his aegis that the company, initially having roots in education sector diversified into various other verticals such as printing press, e-learning to hospitality, retail and design and construction in India and abroad.”

Some of the key highlights of the Group’s successful journey are as under:

MBD is the only publishing house in India with complete backward and forward integration, right from self-owned paper manufacturing unit to in-house pre-press facilities, in-house printing and binding units, and also its own distribution network with 29 branch offices pan India. The group has also ventured into the South African and Sri-Lankan markets with its basket of education services.