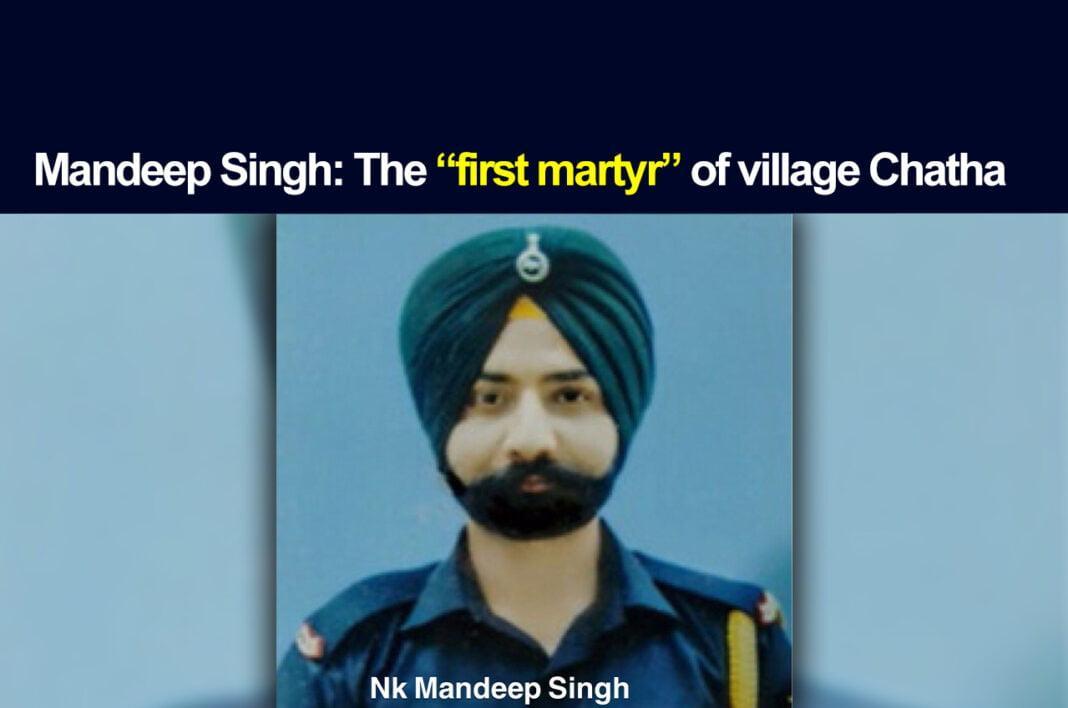 Thirty-year-old Naik Mandeep Singh was also amongst the five who were killed in an encounter with militants in Jammu and Kashmir on October 11.

He belonged to the village Chatha in the Gurdaspur district of Punjab, a place that has given a lot of soldiers to the Army.

Mandeep Singh’s brother Jagroop Singh is a Havildar posted in Rajasthan’s Ganganagar. He reportedly informed that despite the history of Chatha men joining the Indian armed forces, his brother Mandeep was the “first martyr” from the village.

The brothers had last met each other a year and a half ago. Because of their postings, Jagroop said that it was tough for them to meet each other. However, they continuously talked to each other over video calls.

Jagroop Singh reportedly said, “We are three brothers. One lives in Qatar and works as a truck driver. Following me, Mandeep had joined the forces 10 years ago.”

The family owns less than 1 acre of land. Therefore, three of them had to go out to earn good money. Brothers’ families lived together in the village. Their father reportedly died in the year 2018.

Jagroop also told how excited Mandeep was when he last had a conversation with him. He was constantly discussing the construction of the new house he had planned.

“We were laughing and talking about our childhood. I had no idea that my brother would be no more when I woke up in the morning.”