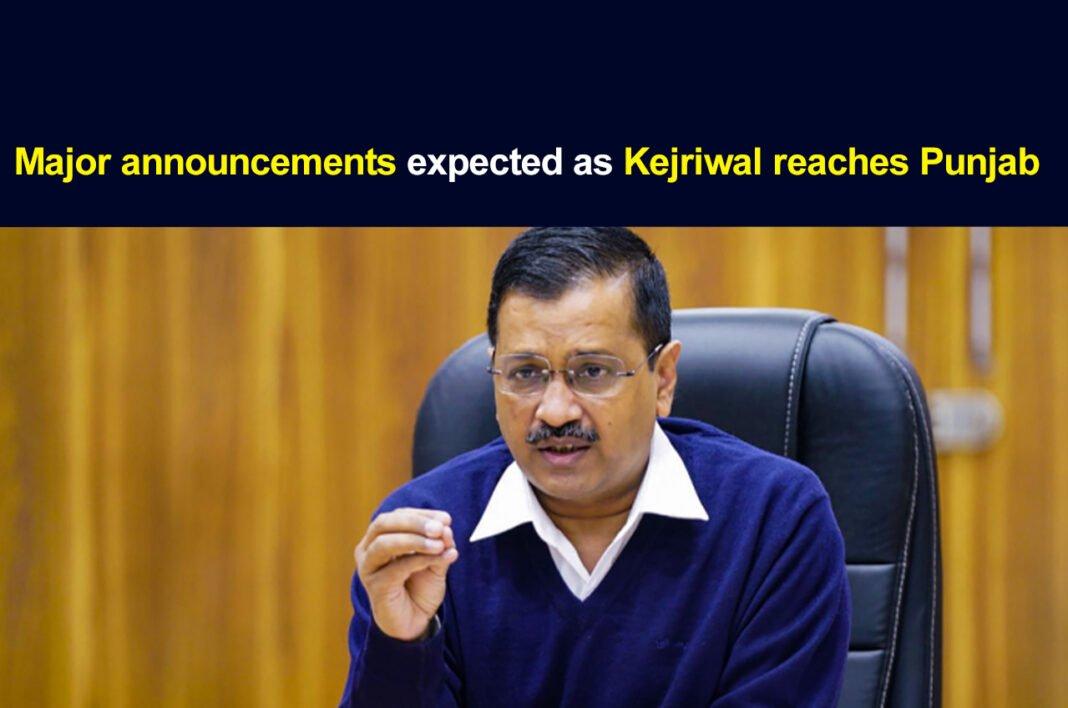 AAP chief and Delhi Chief Minister Arvind Kejriwal is on a two days visit to Punjab. On Wednesday, after landing at the Chandigarh airport, he addressed the media.

He reportedly said that Chief Minister Charanjit Singh Channi should fulfil the promises made by Captain Amarinder Singh. He also asked him to take action against the tainted ministers.

Further, Arvind Kejriwal said that the mastermind behind the 2015 sacrilege incident should be booked.”

When he was asked who would be the CM face from AAP, Arvind said that the party would announce it soon and everyone would be proud of him.

Arvind Kejriwal has also scheduled a meeting with the industrialists in Ludhiana to listen to his grievances.

Kulwant Sidhu from Ludhiana, who quit Congress and joined Aam Aadmi Party, reportedly said, “Kejriwal would discuss power cuts and high tariffs so that a solution could be found and their demands could be included in the AAP manifesto for 2022 elections.”