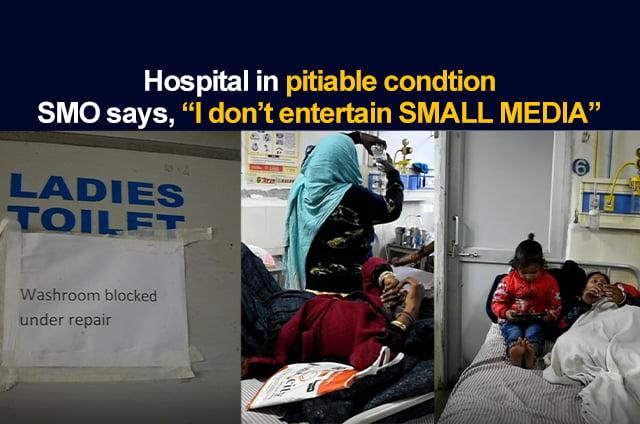 The City Headlines team on Wednesday visited Civil Hospital Ludhiana and found the Mother & Child Hospital in a pitiable condition.

There was a shortage of beds at the hospital as two patients were made to lay on a single bed. Even the relatives of the patients were lying on the same bed, including children.

Other than that, the toilets in the hospital were locked because of which everyone was facing difficulties.

One of the patients complained that there were no appropriate arrangements for the treatment of women and she was being referred to Rajindra Hospital, Patiala. She also said that pregnant women were not taken care of properly.

Another patient said, “A woman was denied blood for the treatment and was told that the hospital does not have ELISA tested blood.”

When The City Headlines team asked Dr. Randhir Singh Chahal, SMO, Mother and Child Hospital about the condition of the hospital, he said, “I do not entertain “small media”. I just talk to renowned media channels.”