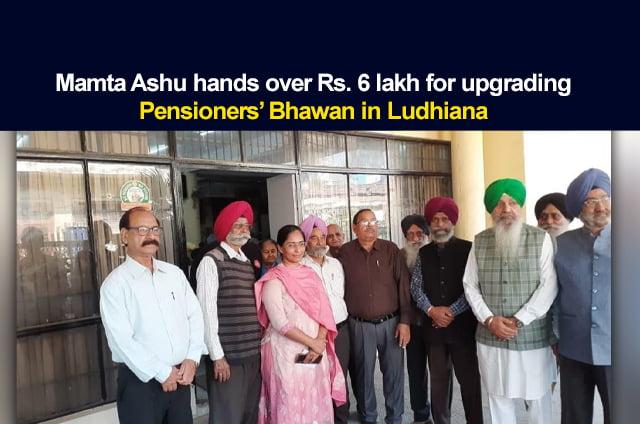 Municipal Councillor (MC) Mamta Ashu on Friday handed over a grant of Rs. 6 lakh to upgrade the building of Pensioners’ Bhawan and installation of rooftop solar panels there.

Mamta Ashu on behalf of Food, Civil Supplies and Consumers Affairs Minister Bharat Bhushan Ashu, handed over a cheque of Rs 3 lakh for the installation of a rooftop solar panel on the building of Bhawan. Also, Rs. 3 lakh have been provided to upgrade the building under Punjab Nirman Program.

Presiding over an event held at Bhawan, Mamta Ashu told that Punjab Government is committed to the welfare of elderly pensioners and standing rock-solid with them. She told that a mechanism has been evolved by the government to redress their issues promptly so that they do not face any problems.