Know the ex-policeman who died in Ludhiana Court bomb blast 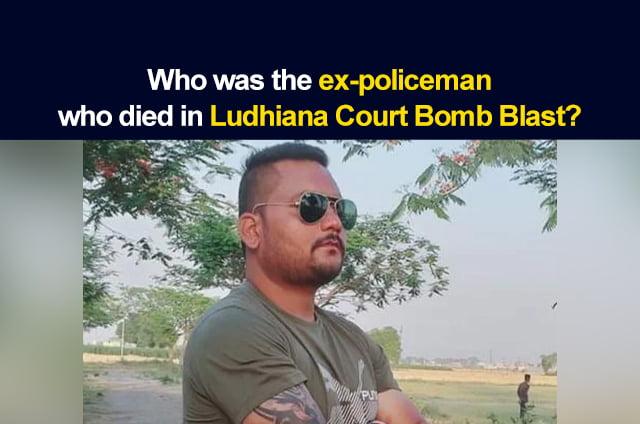 Police have identified the decease of the Ludhiana Court Complex bomb blast. He has been identified as Gagandeep Singh Gaggi who was a former cop.

The deceased was a resident of GTB Road Khanna. He was nabbed by the STF with 85 grams of heroin and a criminal case was registered against him on 11 August 2019 at the STF police station in Mohali.

The case against him was pending in court and he came out on bail in September this year. The team of the National Investigation Agency (NIA) has also raided his house in Khanna. Now efforts are being made to gather information as to how he came in contact with the terror module after being involved in drug smuggling.

When the NIA team started the investigation, they found a SIM card and dongle. Based on which the teams started an investigation. The dongle belonged to someone living nearby Gagandeep Singh’s residence. When the police interrogated the person, Gagandeep Singh’s information was found. The family of the deceased in the Ludhiana bomb blast, identified him through the religious tattoo (khanda), that he had on his arm.

Had been posted in Machiwada and Samrala police stations

Gagandeep Singh, a resident of Khanna’s Guru Tegh Bahadur Lalheri, was recruited constable in 2011 and was later promoted as Head Constable. Eight months prior to his arrest in the year 2019, he was posted at Khanna. He is survived by his wife and a daughter.

It is to be noted that Ludhiana Commissioner of Police, Gurpreet Singh Bhullar had said that preliminary investigations revealed that the deceased was trying to plant the bomb when it detonated.