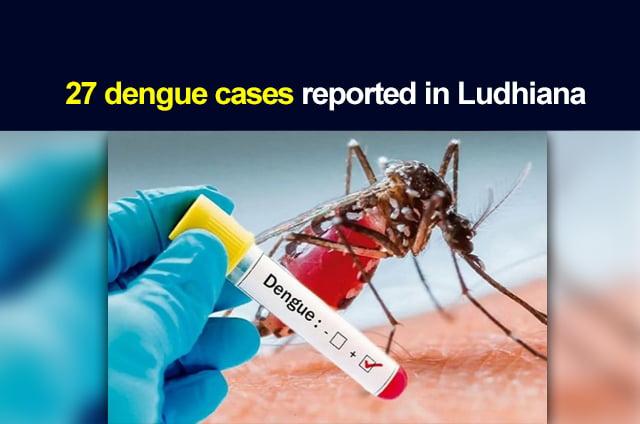 As many as 27 new dengue cases have been reported on Monday, November 8. From Ludhiana City, 23 cases were reported. One each was reported from Khanna and Jagraon.