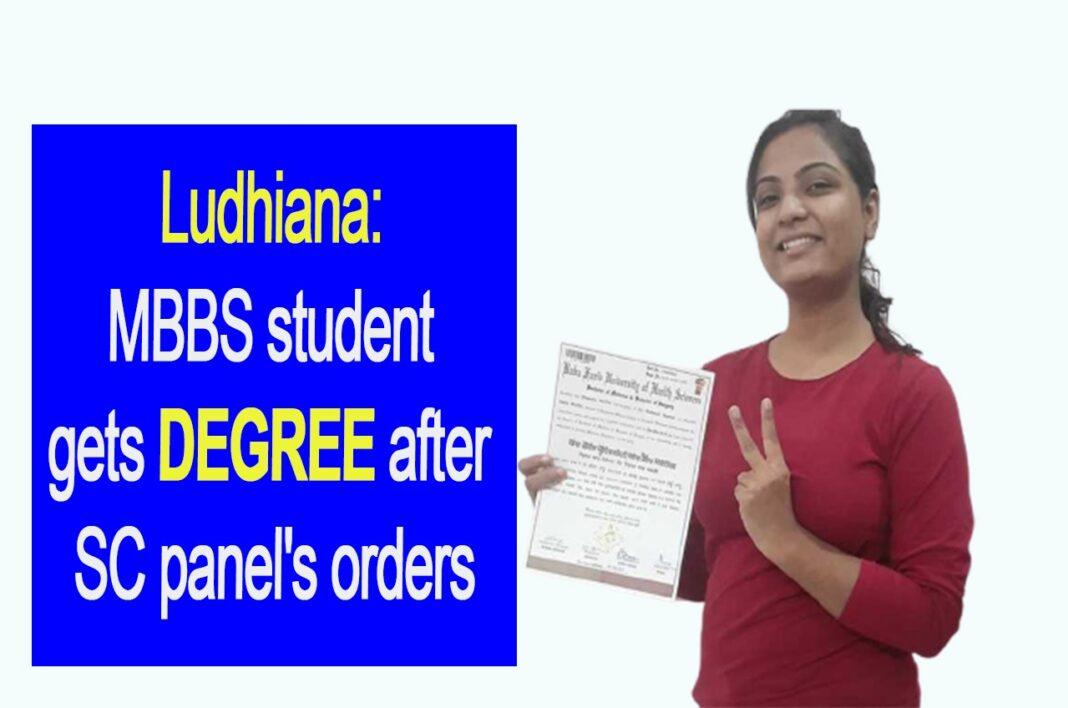 Because of the amendments to the Post-Matric Scholarship Scheme for SC students, Dayanand Medical College had withheld the MBBS degree of Ludhiana’s Sheena Mattu. However, after a long struggle, she has received her degree on September 14.

On the directions of the National Commission for Scheduled Castes, the Punjab government issued the degree to her. In the year 2015, Sheena took admission in Dayanand Medical College in the year 2015 under the management quota. She received the scholarship amount for the first two years.

However, she did not receive it afterwards as the state government decided to discontinue it because of the centre’s circular. NCSC chairman Vijay Sampla reportedly said, “According to the Central government’s circular issued in 2018, the state government was asked to discontinue scholarships of students under management quota. However, it was clearly mentioned that the beneficiaries already enrolled for the scheme would continue to receive scholarships till the completion of their courses. Students taking admissions in the year 2017-18 will not receive the benefits. The circular was not applicable to Dr. Mattu as she had got admission in the year 2015.”