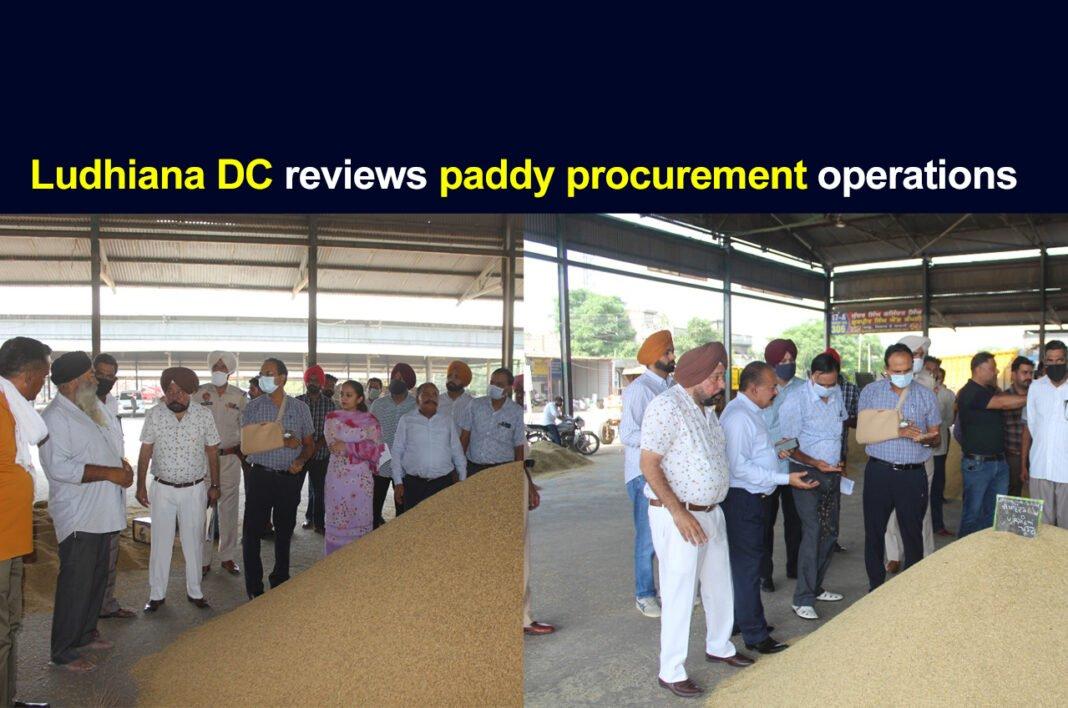 He directed the Sub-Divisional Magistrates (SDMs) to visit the grain markets in their jurisdictions daily to ensure smooth and hassle-free paddy procurement.

Varinder Kumar Sharma asked the officers to make sure that every single grain of paddy gets procured and lifted without any sort of delay. He said that till October 5, 11,886 tonnes of paddy has arrived in the grain markets of Ludhiana, and payment worth Rs 4.20 crore has also been made to the farmers.

He said that apart from 108 regular grain markets in Ludhiana, the administration has also marked 94 temporary yards and 203 mandi yards in Mills to decongest the markets.

DC said that all-out efforts must also be made for the proper lifting of the grains and added that the state government has already evolved an effective mechanism for lifting paddy within 48 hours of the procurement.

Meanwhile, Deputy Commissioner stated arrangements have also been made to ensure that the payment of grains is made to the farmers within a stipulated time frame so that they do not face any inconvenience.

During interaction with the farmers, he asked them about the procurement operations and also inquired about any issues. Prominent amongst others present on the occasion included DMO Davinder Singh, DFSC Harveen Kaur and others.