The Ukrainian soldier who blew himself to stop the Russian Army 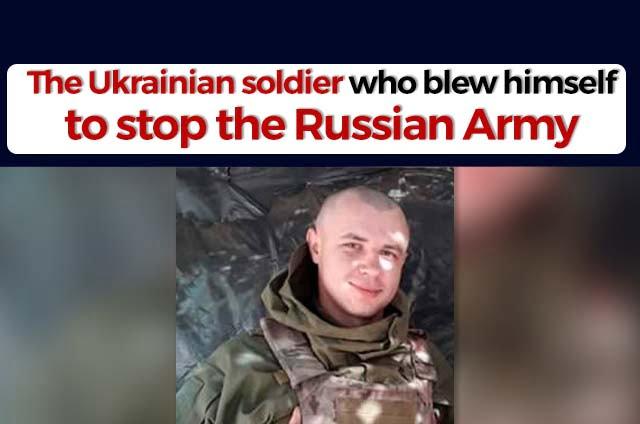 A lot of stories of nationalism are coming up from war-hit Ukraine. The civilians are coming forward to serve in the country’s armed forces.

There are long queues outside the military registration centres in Ukraine.

Vitaly stopped the Russian tanks and blew up the bridge that connects Russia-occupied Crimea to mainland Ukraine. In this process, Vitaly sacrificed his life.

According to the Ukrainian military, Marine battalion engineer Vitaly was deployed at the Henichesk bridge in the southern province of Kherson where Russian tanks invaded.

The General Staff of the armed forces in a statement wrote that the only way to stop the Russian Army was to blow up the bridge. Vitaly volunteered after hearing the plan and did the needful.

Vitaly realised that he would not be able to get back to the base camp and died in the blast. The Russian troops had to take a longer route and Ukrainians got more time to respond.

What was Ukraine Army’s statement?

As per the reports, the Ukrainian military in its statement wrote, “On this difficult day for our country, when the people of Ukraine gave away to the Russians in all the directions, one of the toughest places on Ukraine’s map was the Crimean intersection, where the enemies met a separate marine battalion. To stop the invasion of the tank column, a decision was made to blow up the Geniche Car Bridge.”

“The engineer of a separate battalion sailor Vitaly Volodymyrovich was called to perform the task. The bridge was replaced. However, Vitaly did not have time to get back from there. There was an explosion right away and our brother was killed. His heroic act slowed down the enemy’s push. It allowed the unit to relocate and organize the defense,” the statement read.