See what happened after cricketer Deepak Chahar propose to his girlfriend 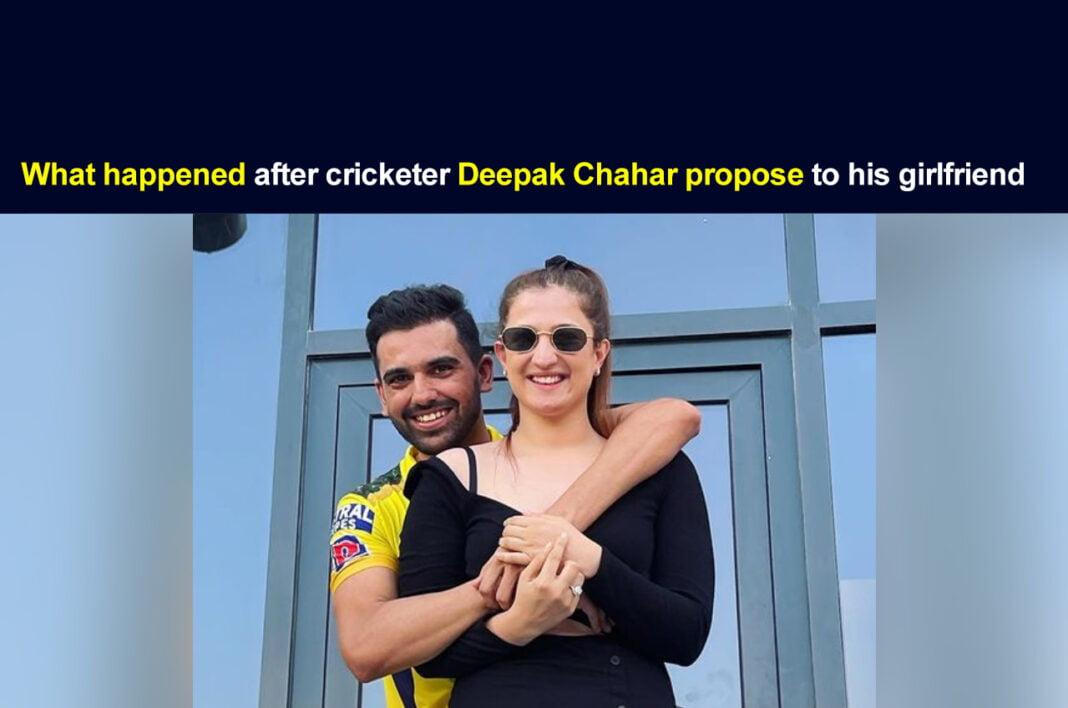 Indian fast bowler Deepak Chahar was again in the headlines as he proposed to his girlfriend in the Dubai International Cricket Stadium on October 7. Though the team lost the match, Deepak’s gesture surely won the hearts of many.

After the match, Deepak Chahar went to the stands to his girlfriend Jaya Bhardwaj and went on his knees to propose to her. Jaya was left in surprise and the couple hugged each other.

But what caught attention was the way Deepak was treated by his Chennai Super Kings teammates after his proposal.

When Deepak and his fiancé reached the team hotel, the players and the support staff had made all the arrangements for them. Both of them cut the cake and then the Chennai squad was ready to pounce over Deepak.

Skipper Dhoni immediately took hold of him from behind and Krishnappa Gowtham held him from his legs. The teammates including Ravindra Jadeja, Suresh Raina, and Robin Uthappa gave Deepak a pretty look with a nice cake facial and some unknown substance that they brought in a bottle.