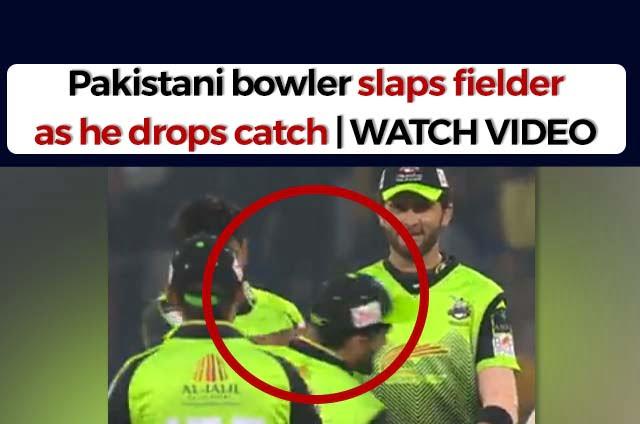 A video from Pakistan Super League has been doing rounds on the internet where a Pakistani bowler slapped his teammate because he dropped the catch.

The video has been posted on Twitter by Pakistan Super League’s official handle. In the game between Lahore Qalandars and Peshawar Zalmi, bowler Haris Rauf slapped his teammate Kamran Ghulam because he dropped a catch in the second over.

As per the reports, Kamran Ghulam dropped the catch of Hazratullah Zazai off Haris’ delivery in the second over of the innings. However, a few balls later, Haris took his wicket and Kamran ran towards him to celebrate. Instead of giving him a high-five, Haris gave him a tight slap.

Here’s the video of the incident

ALSO READ: Voter percentage drops by 7 percent in Ludhiana | Read to know why