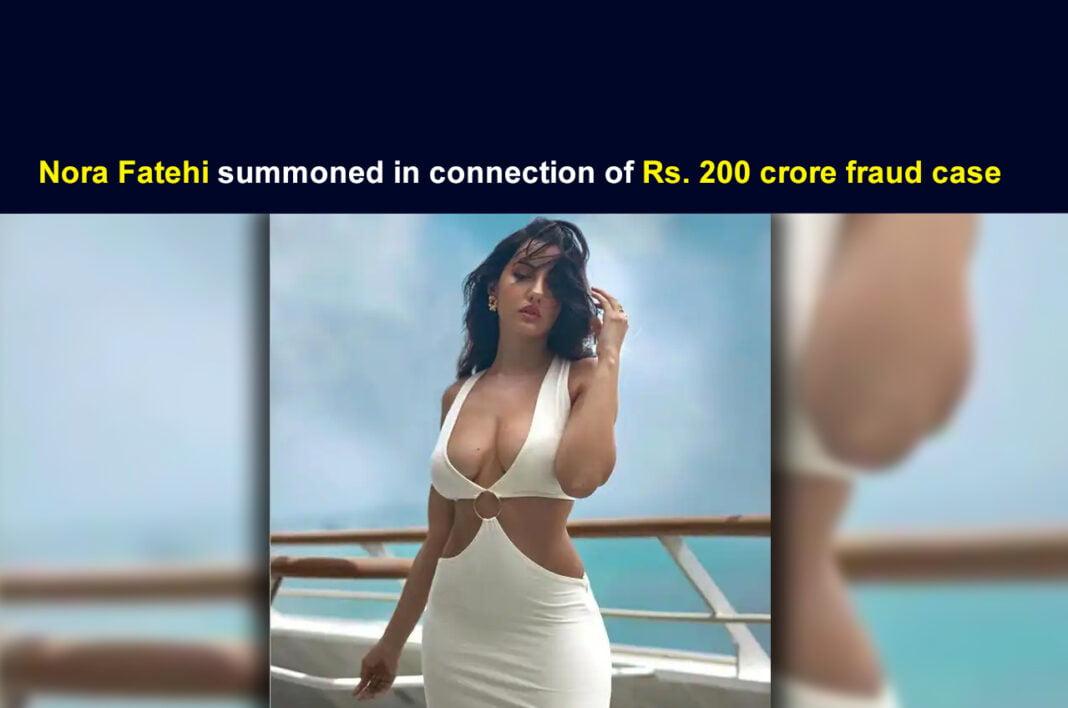 Bollywood actor Nora Fatehi has been summoned in a Rs. 200 crore money laundering case. According to the reports, Enforcement Directorate has summoned Nora in probe against Leena Paul and Sukesh Chandrashekar.

Both of them had been arrested by the Delhi Police as they allegedly duped the family of Fortis Healthcare promoter Shivinder Singh of around Rs. 200 crores. Nora Fatehi has reportedly been called to ascertain her connection with the accused.

Last month, the ED had reportedly said that Sukesh Chandrashekhar was the mastermind of the fraud. It also said that he had multiple FIRs against him and was presently lodged at the Rohini Jail.

The reports also suggest that actor Jacqueline Fernandez was also questioned in connection with the same case in August.