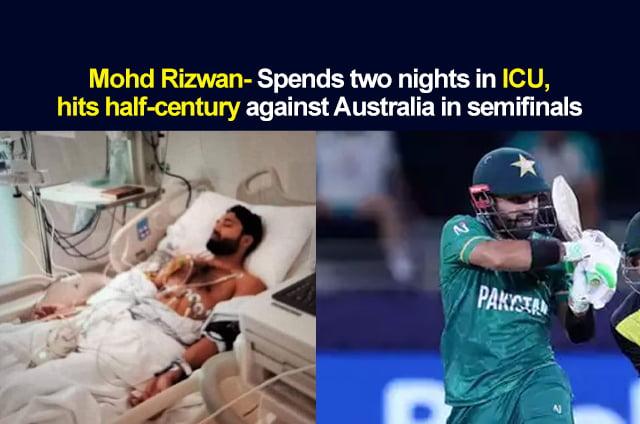 Pakistan lost to Australia in the semifinals of the T20 World Cup on Thursday night. However, some brilliant performances were witnessed from the Pakistani side. Pakistan’s opener Mohammad Rizwan played a magnificent knock of 67.

The surprising part is that he had spent two nights in the Intensive Care Unit of a hospital as he had a severe chest infection. The 29-years-old Rizwan insisted to play in the semi-finals and did not disappoint the team management.

Pakistan’s legendary fast bowler Shoaib Akhtar shared the picture of Rizwan in the ICU. He wrote, “Can you imagine this guy played for his country today & gave his best. He was in the hospital last two days. Massive Respect Rizwan.”