Know why Priyanka Chopra removed “Jonas” from her name 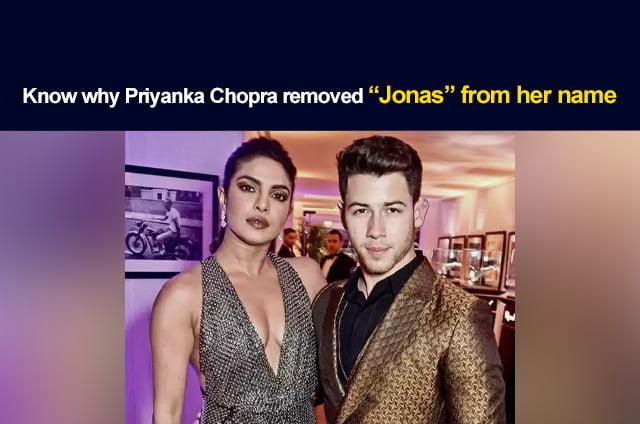 Actor Priyanka Chopra finally broke her silence on why she removed Jonas from her name on social networking site Instagram. Last month, Priyanka Chopra broke the internet when she removed “Jonas”, her husband’s last name, from Instagram. There were continuous speculations of her divorce after she made the move.

However, now, Priyanka Chopra has finally broken her silence and answered why she changed her username on Instagram.