Kangana alleges farmers of attacking her car in Punjab 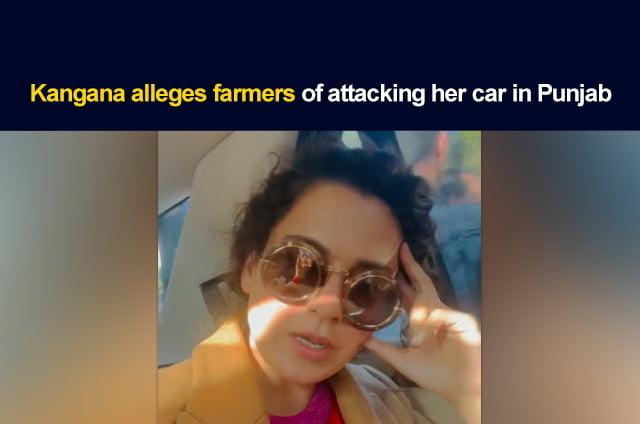 Actor Kangana Ranaut on Friday alleged that her car was stopped by a mob of farmers when she entered Punjab. She was coming from Himachal Pradesh and entered Punjab at Bunga Sahib near Kiratpur Sahib.

Kangana took to Instagram and shared the story with a video of people all around her car. She wrote, “As I entered Punjab a mob has attacked my car. They are saying they are farmers.”

She also alleged that the people around her car were abusing her and giving her death threats. “The situation here is unbelievable. Despite so much police and security, they are not letting me go,” she said.

Further, she said, “Am I a politician? Do I lead a political party? A lot of people are playing politics on my name and that is why I am facing this.”

In another video that she posted, she was seen meeting the women outside her car. She could be heard saying that she did not say anything bad about them. What she said was for those protesting in Shaheen Bagh against CAA.

Later, she thanked the Punjab Police and CRPF for taking her out safely.