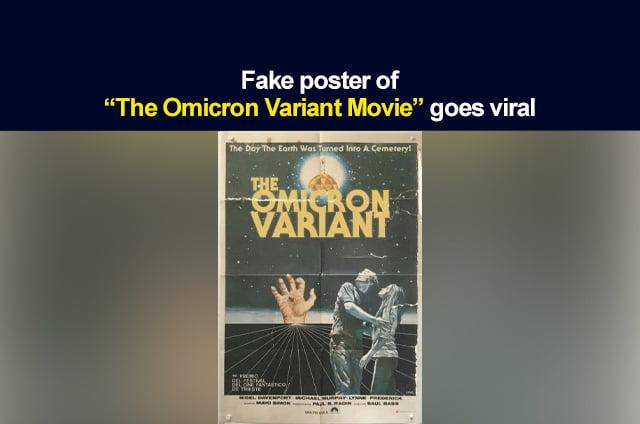 Amid the discovery of the new variant of coronavirus Omicron, a fake poster of a non-existent movie has gone viral on social media. The poster is titled “The Omicron Variant”.

The poster is sci-fi horror themed with two frightened people staring at a scary sky. Also, the tagline of the poster is “The Day The Earth Was Turned Into A Cemetry!”

Media reports claim that a movie named Omicron was released in the year 1963. However, there is no such movie as “The Omicron Variant”.

Reuters reports that the original poster is for a movie called “Phase IV”, which was released in 1974.

Have a look at the original poster here.

Also read: From Ranveer Singh to Hardy Sandhu, know who is playing who in “83”