Eiffel Tower in Paris grows taller | Read to know how 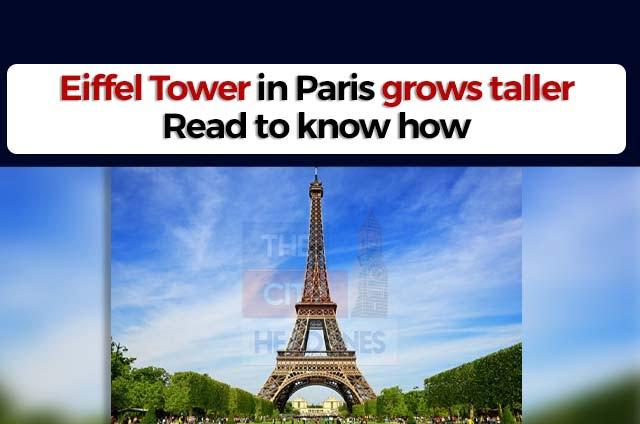 Eiffel Tower in Paris is one of the seven wonders of the world. The tower grew 6 metres taller on Tuesday, March 15.

According to the reports, a new digital antenna has been installed at the top of the Eiffel tower with which its height has been increased by 6 metres.

In the late 19th century, the Eiffel Tower was built by Gustave Eiffel. As of today, the Eiffel Tower measures 330 metres. The reports suggest that a DAB+ (Digital Audio) antenna was placed at the top of the tower. It was reportedly airlifted to the top with the help of a helicopter.

HAVE A LOOK AT THE VIDEO

Share
Facebook
Twitter
Pinterest
WhatsApp
Telegram
Previous articleBhagwant Mann all set to take oath as Chief Minister | Over 50,000 people from Ludhiana to visit Khatkar Kalan
Next articleVaccination process to start for children of age 12-14 | Know how to register
- Advertisement -