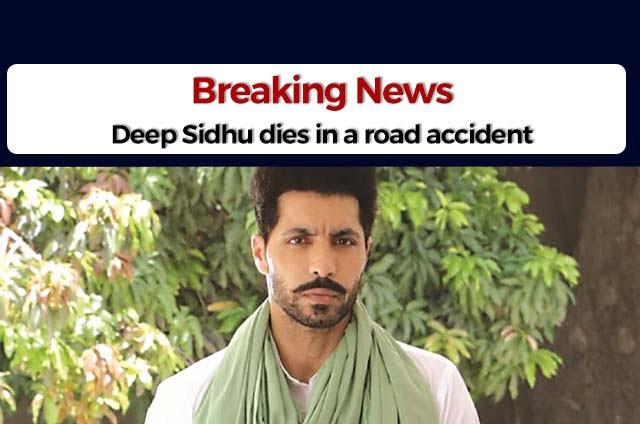 Famous Punjabi singer Deep Sidhu died in a road accident. As per the reports, Deep Sidhu was in a car along with one of his female friendS Reena Rai. She survived, but Deep died on the spot.

The accident took place at the KMP highway. The reports suggest that Deep was on his way back home when the accident happened.

The police reportedly said that Deep was travelling from Delhi to Bathinda. His car rammed into a trailer truck at around 9:30 pm.

Deep Sidhu had played a crucial role during the farmers’ protests as well. He was also one of the accused of the Red Fort violence incident that happened last year on Republic Day.

ALSO READ: “What Channi did in four months, Captain could not in his entire tenure”