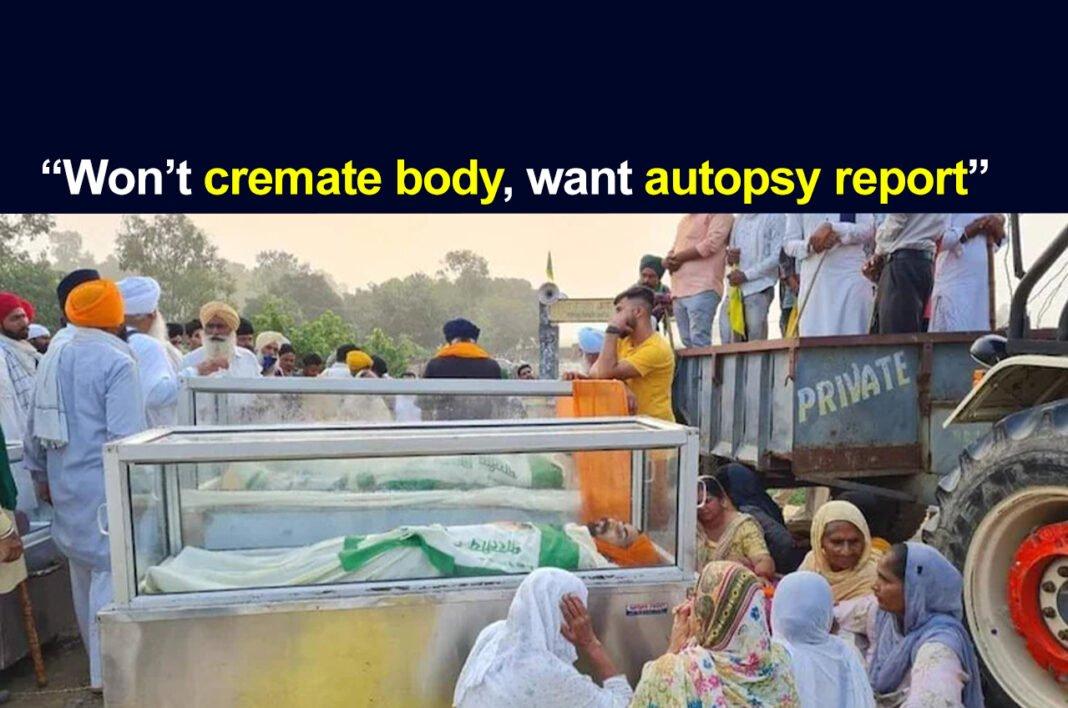 19-year-old Lovepreet Singh was one of the four protesting farmers who died on Sunday in Lakhimpur Kheri. He was reportedly run over by an SUV whose video has gone viral on social media.

Weeping next to his body, his family reportedly refused to cremate him today and demanded the autopsy report and a copy of the FIR against Ashish Mishra.

According to the reports by NDTV, Lovepreet’s father Satnam Singh said that his son was crushed under a car and the action against the responsible person has not been taken yet. He also alleged that the administration was trying to cover up the case.

“While he was in the hospital, I called him and asked how he was. He replied that he was fine and asked us to come quickly. But when we reached Lakhimpur Kheri, he had died,” said Lovepreet’s father Satwant Singh.

The reports suggest that four protesting farmers, four BJP workers and a journalist died during the violence. It has been alleged that Union Minister of State Ajay Mishra’s son Ashish Mishra was driving the car that ran over the protestors.

However, the minister and his son denied being present at the site when the incident happened. An FIR was registered against Ajay Mishra under 302 and several other sections of the Indian Penal Code on Monday, October 4.